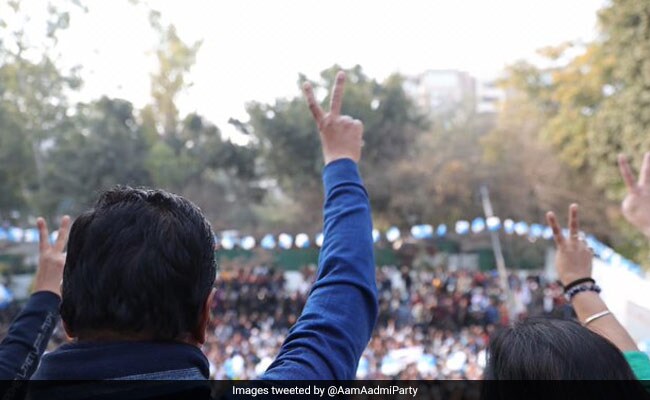 The Aam Aadmi Party appears to have won 63 seats as counting of votes nears its end. The party, which has been amusing its five million Twitter followers with memes on the Delhi election since last night, also celebrated their big win with more memes.

ALSO READ: Dilliwallon, I love you: Arvind Kejriwal after a landslide victory in Delhi elections

A gif of Bollywood’s Shah Rukh Khan as Kabir Khan in Chak De. The scene is after Khan leads the Indian Girls Hockey team to its first international victory under his coaching.

The meme, captioned “emotions right now…”, probably reflects the relief and joy felt by all supporters of AAP and Kejriwal himself who had himself been mired in a particularly biting election campaign.

The night before the counting of votes, AAP had described their feelings with the help of another meme – this one from Lagaan.

The night before results day. 🙏🤞 pic.twitter.com/QldhNV9GMK

Incidentally, this is not the first time that AAP has shared an SRK meme to reach out to its supporters on ‘Propose Day’.

The handle even shared a memed version of SRK’s “70 minute” monologue in Chak De India in the run up to the polls.