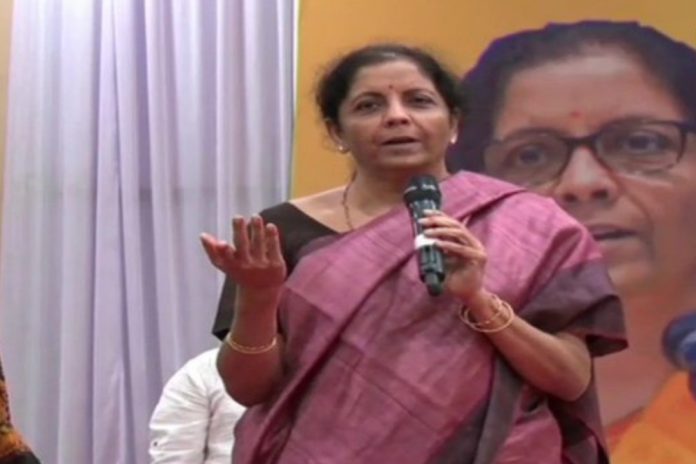 Finance Minister Nirmala Sitharaman on Sunday said the Union Budget has laid the foundation of increasing consumption and the action points to address rural distress discussed in the budget will lead to a USD 5 trillion economy by 2024-25.

She also pitched for the organisation of GST rates once a year unlike earlier when it used to happen every three months.

“I think we have laid the foundation for increasing consumption, ensuring that capex (capital expenditure) and government’s investments will go towards spending on building of assets in infrastructure which should have cascading effects both in the short term and in the long term,” Sitharaman said in the press conference.

“In order to address rural distress, 16 focused action points have been announced in the budget. So I expect all this will lead to a five trillion dollar economy,” she said.

NITI Aayog CEO Amitabh Kant had earlier informed a parliamentary committee that India will have to have a Nominal GDP growth rate of 10-12% to achieve the task of a five trillion dollar economy.