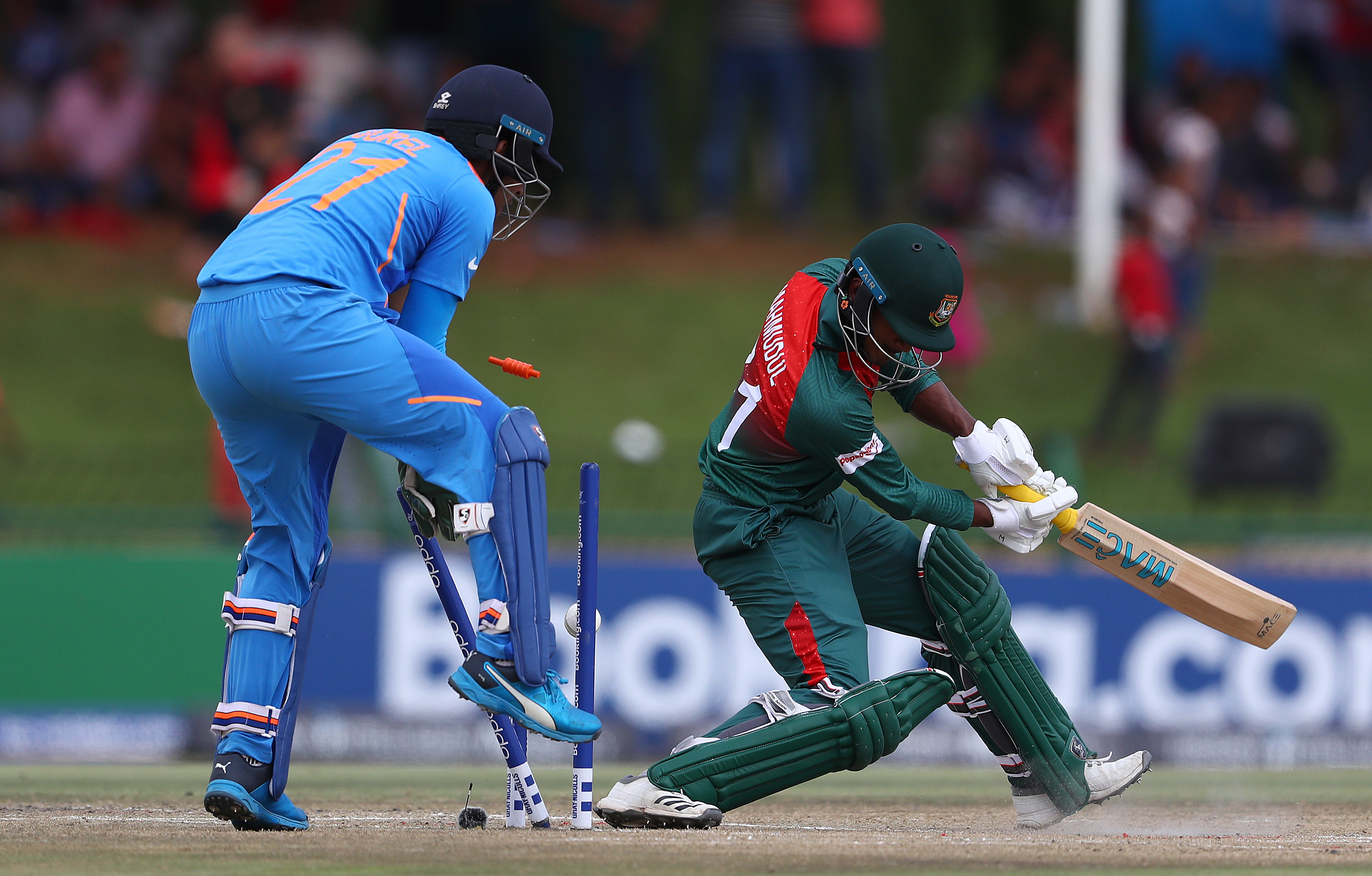 In a thrilling U19 World Cup final, Bangladesh defeated India by three wickets (DLS method) to lift their first U19 World Cup title here at Senwes Park on Sunday.

Chasing a moderate total of 178, Bangladeshi openers provided a solid start. Parvez Hossain Emon and Tanzid Hasan stitched the opening stand of 50 runs. Spinner Ravi Bishnoi drew the first blood for India as he dismissed latter in the ninth over.

Hasan played a knock of 17 off 25 balls. Mahmudul Hasan Joy joined Emon in the middle and stitched a brief partnership of 12-run for the second wicket.

Emon walked off the field due to the cramps. In a turn of event, Bishnoi claimed three quick wickets for India. He sent Hasan back to the pavilion after scoring eight runs. Towhod Hridoy (0) and Shahadat Hossain (1) were departed at cheap scores.

Both Hossain and Das were picked by pacer Sushant Mishra, reducing the side to 102/6 in 22.6 overs. Emon joined Ali in the middle and built a vital partnership of the match. The duo stitched the much-needed partnership of 41-run for the seventh wicket. Emon was scalped by part-timer Jaiswal in the 32nd over.

Emon played a knock of 47 runs studded with seven fours. At that point, Bangladesh were 35 runs away from the victory.

Rakibul Hasan joined Ali in the middle and stitched a winning partnership. Ali and Hasan remained unbeaten on 43 and 5 runs respectively.

Earlier, India managed to reach a respectable total of 177 after losing quick wickets in the middle overs. Bangladesh won the toss and asked India to bat first.

Opener Divyaansh Saxena (2), who built the unbeaten partnership with Yashasvi Jaiswal in the semifinal against Pakistan, failed to score big on the scoreboard and was scalped by Avishek Das in the seventh over.

Jaiswal and Tilak Verma built the second wicket partnership of 94-run at a slow pace. Tanzim Hasan Sakib provided the much-needed breakthrough to Bangladesh as he dismissed Verma on 38 runs.

Skipper Priyam Garg failed to leave his mark on the scoreboard and was scalped by Rakibul Hasan after scoring just seven runs.

Dhruv Jurel joined Jaiswal in the middle and the duo stitched a brief partnership of 42-run for the fourth wicket. The latter was picked by Shoriful Islam in the 40th over after playing a knock of 88 runs off 121 balls.

In the same over, Siddhesh Veer was caught in front of the wickets and was dismissed on a golden duck. In the 43rd over, Jurel (22) was caught short of his crease and was run out by Shamim Hossain. After that India lost four wickets in quick succession and were bundled out at 177 in 47.2 overs.