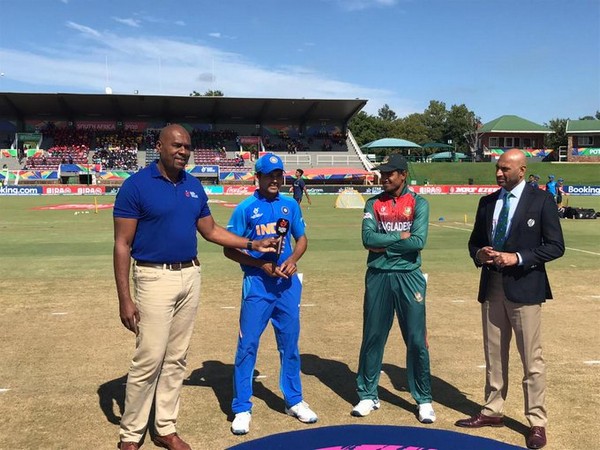 Bangladesh on Sunday won the toss and asked India to bat first in the finals of the ongoing U19 Cricket World Cup here at the Senwes Park.

India did not make any changes to their playing XI from the semi-final match, while Bangladesh made one change to their lineup.

India thrashed arch-rival Pakistan by ten wickets to chase down a total of 173 in the semi-finals of the tournament.

On the other hand, Bangladesh defeated New Zealand by six wickets in the semi-final to set up a summit clash with India.

This is India’s seventh appearance in the final of the competition while Bangladesh has managed to reach the big stage for the first time.