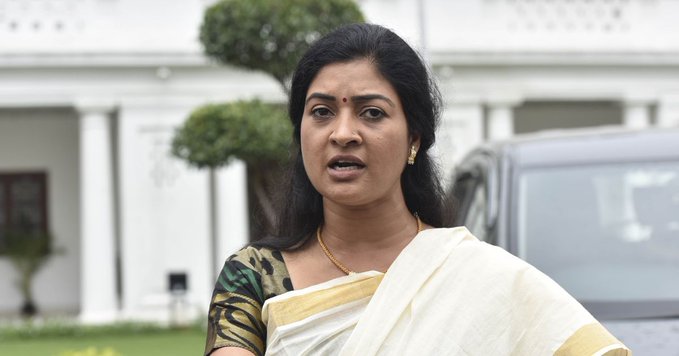 Amid the voting that is currently underway in the national capital, Congress leader Alka Lamba on Saturday tried to slap an Aam Aadmi Party (AAP) worker outside a polling booth.

Lamba attempted to slap the AAP worker near Majnu ka Tila which led to a scuffle between workers of both parties.

“Election Commission allows every candidate to visit polling booths and meet poll officials. When I came out of the polling booth, AAP candidate’s son was arguing with the police to allow him inside the booth. AAP worker Harmish abused me. I know him for the past many years. Later, Delhi Police took him to the police station,” Lamba told ANI.

Lamba, who is Congress candidate from Chandni Chowk, was talking to a person outside a polling booth here when the AAP worker allegedly passed some remarks against her.

Senior AAP leader Sanjay Singh has said the party will complain to the Election Commission (EC) regarding the incident.

“Shame on you, Kejriwal,” she said while commenting on a tweet by the Delhi Chief Minister Arvind Kejriwal in which he suggested that women should discuss with men whom it would be better to vote for.

Minutes before the polling began, Kejriwal tweeted: “Please go out and vote today. I especially appeal to the women that just as you uphold responsibilities of your house, you also have to shoulder responsibilities of the country and Delhi. The women must go out and vote and please take the men in your house alongwith you to vote. Please do discuss it with the men who would it be better to vote for.”

Polling across 70 Assembly seats in the national capital is underway. The counting of votes will take place on February 11.