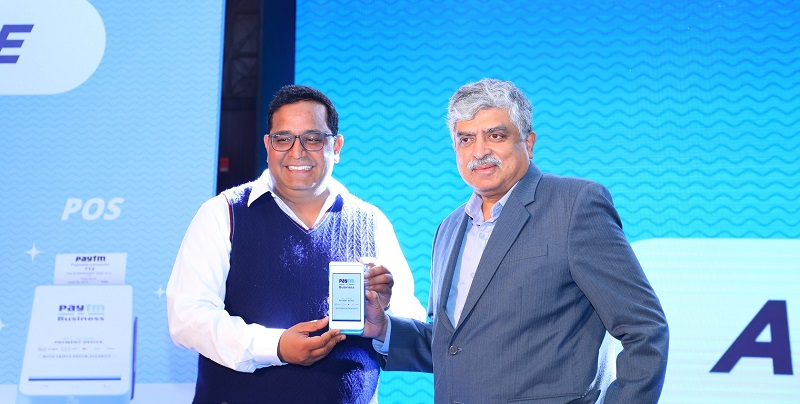 Paytm has come up with a stand that displays QR codes which comes with a calculator and USB charger, a sound box, cloud software and an inbuilt scanner and printer.

“Paytm is already bigger than all other players combined in merchant mobile payments,” founder of Paytm Vijay Shekhar Sharma said during the product launch in Bangalore.

“We account for about 5 billion of the total 9 billion merchant payments in India,” he added.

“Ultimately, startups have to make money and as recent attempts to go public in the US show, investors want to see a clear path to profitability,” said Infosys Ltd. Chairman Nandan Nilekani, who unveiled Paytm’s all-in-one retail device.

“Only then can startups take charge of their own destiny,” he added.

Paytm founder also said that digital payments in India’s smaller cities are growing faster than in the 10 biggest urban centers.

Over 16 million merchants use Paytm’s business platform which also includes online brands such as Uber,  Swiggy and Ola.