Home NM FACT CHECKER Tata Group to not hire anyone from JNU? Here’s the truth 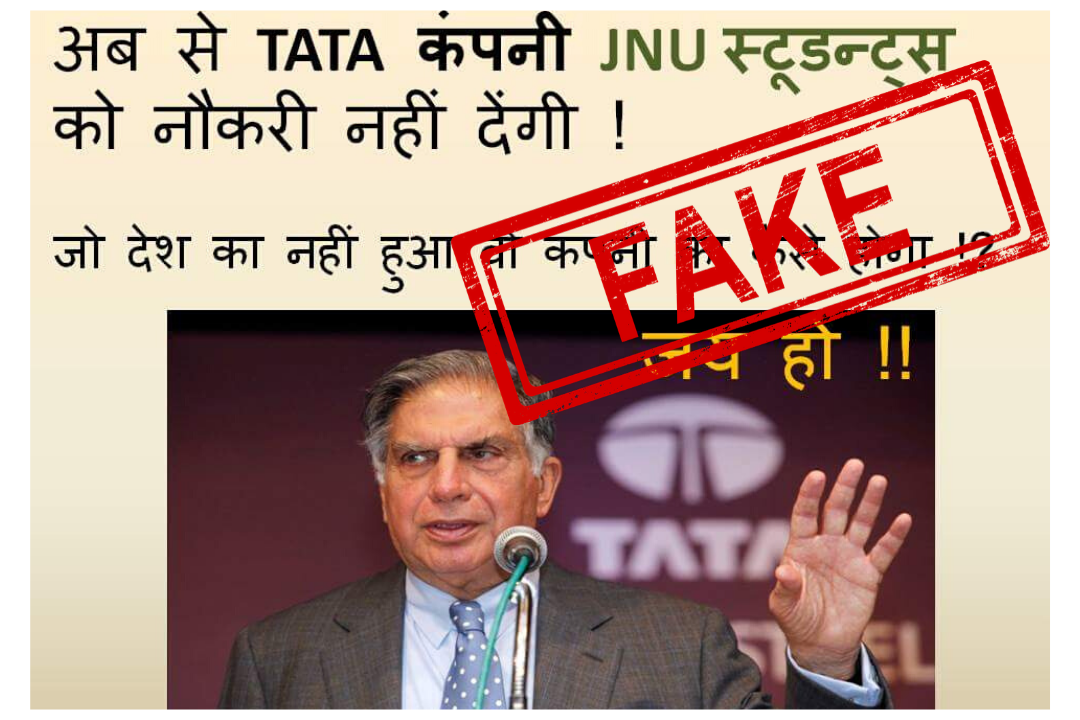 Amid a raging controversy over the events at Jawaharlal Nehru University, Tata Group was caught in social media crossfire claiming that Tata Group will not hire any student from JNU. 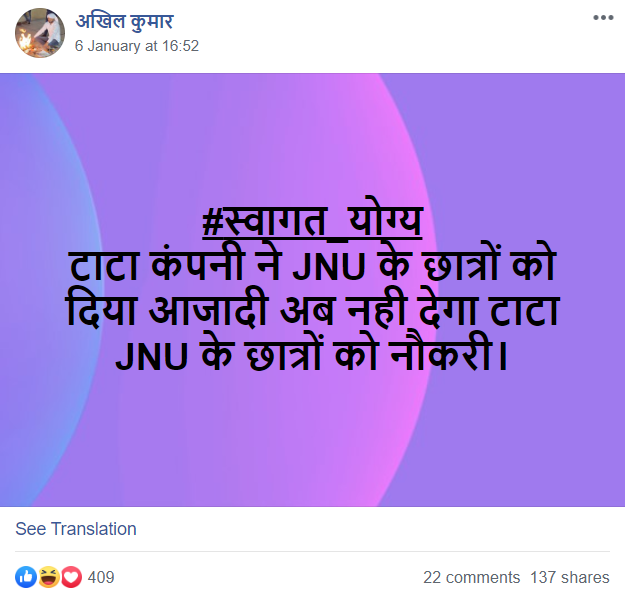 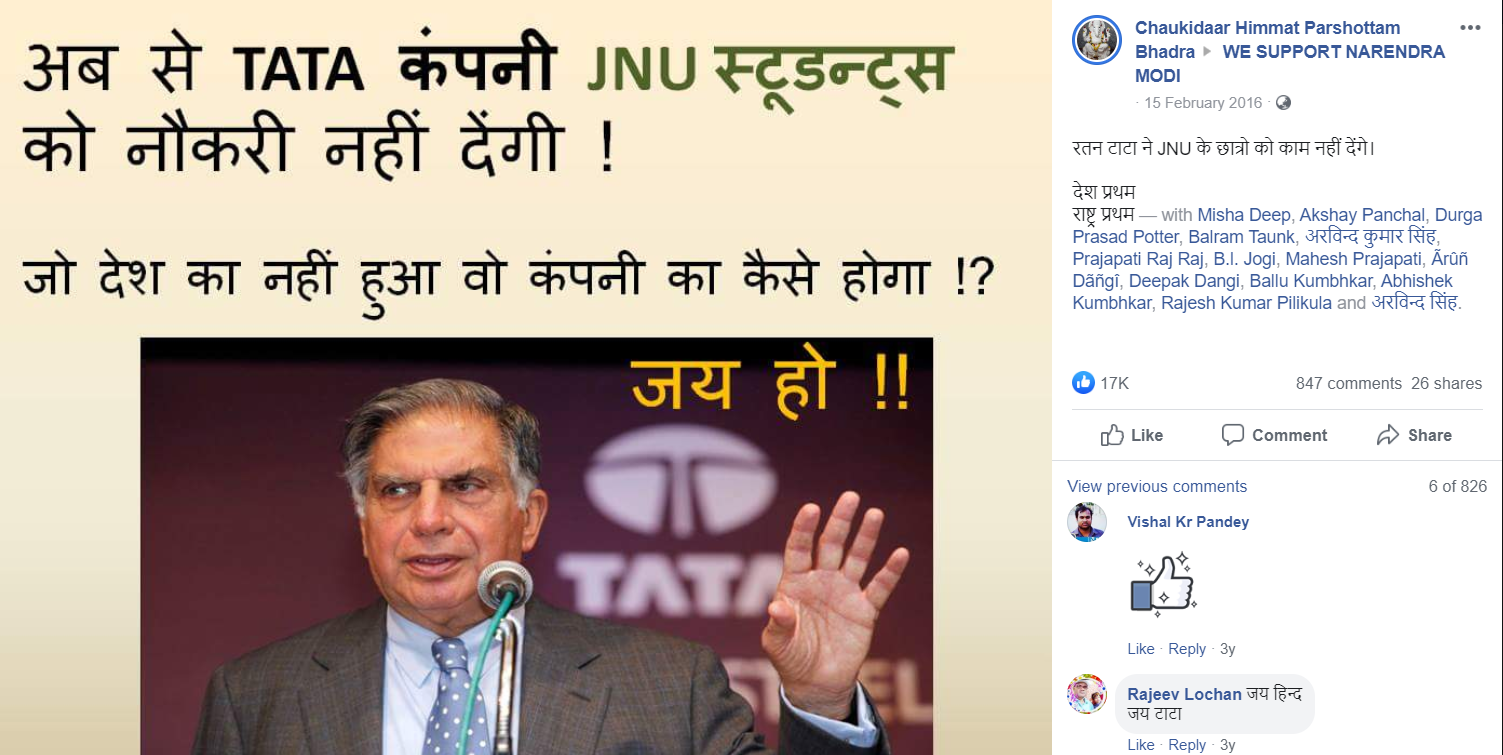 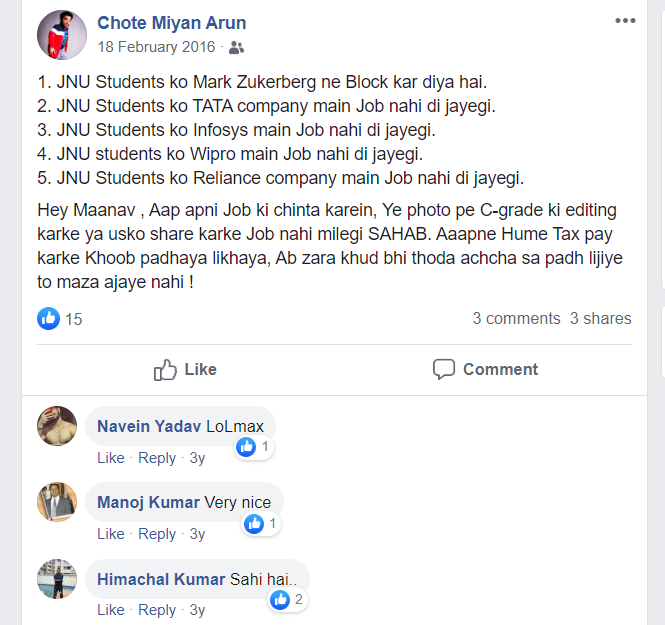 NewsMobile fact-checked the above posts and found it to be FAKE.

Firstly, we scanned through the official website but did not find any such announcement on Tata Group’ website.

Secondly, using relevant keywords and running a simple Google search, we did come across a few news reports from 2016 on the issue.

In 2016, a political slugfest has erupted over the arrest of JNUSU President Kanhaiya Kumar on charges of sedition amid allegations that some students shouted anti-India slogans.

Mr Tata has not issued any such statement. https://t.co/tIVi6Vgukh

At that time, the Tata Group had clarified that there was no truth to this claim. It even tweeted the viral claim and responded that Ratan Tata had not issued such a statement.

As of now, there is no authentic report regarding this and hence, the claims attached are FALSE.