Home Home Slider SL PM to visit India; here is all you need to know 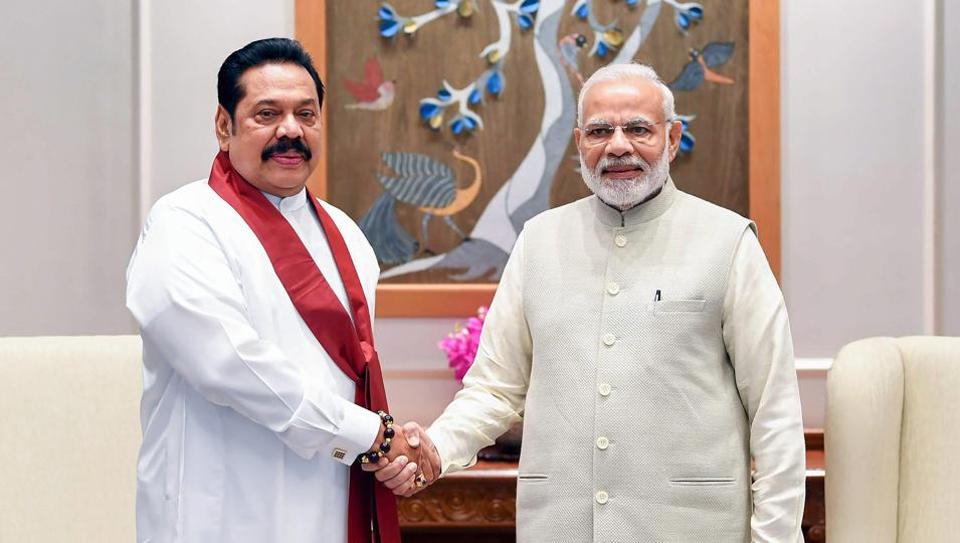 Sri Lankan Prime Minister Mahinda Rajapaksa will be visiting India on a bilateral trip starting from February 8th to 11th.

He is expected to arrive on the 7th of February.

The official engagements will be on the 8th. He is expected to hold a delegation level meeting with Prime Minister Narendra Modi and issues of mutual concern are expected to be discussed.

Here are some of the matters that may be discussed between the two sides,

This agreement is yet to be signed between the two nations. It involves a comprehensive agreement containing provisions related to trade and investments.

The agreement has not been signed due to differences that persists between the two sides over certain clauses.

The actual investment is more than US $4 bn in all forms including the various lines of credit that have been offered.

India and Sri Lanka have always cooperated closely on this matter. The Easter attacks last year cemented this cooperation and India even pledged aid to develop the Sri Lankan Intelligence during the visit of the newly elected President Lt Colonel Gottabaya Rajapaksa recently.

4. Devolution of power to the Tamil Majority provinces

This is in reference to the 13th Amendment of the Sri Lankan constitution. The present government has hesitated in implementing this legislation and India will be keen on raising this issue with the visiting Prime Minister.

The External Affairs Minister of India Dr S. Jaishankar will call on the visiting Head of government.

The Sri Lankan Prime Minister is also expected to visit Varanasi, Sarnath, Gaya and Tirupati before returning to Colombo.

This is a continuation of the high-level exchanges between the two countries in recent times.

The newly elected President Lt Colonel Gotabaya Rajapaksa made India as his first foreign destination after winning a popular mandate in November 2019.

This was followed up with the visit of the Foreign Minister of Sri Lanka.