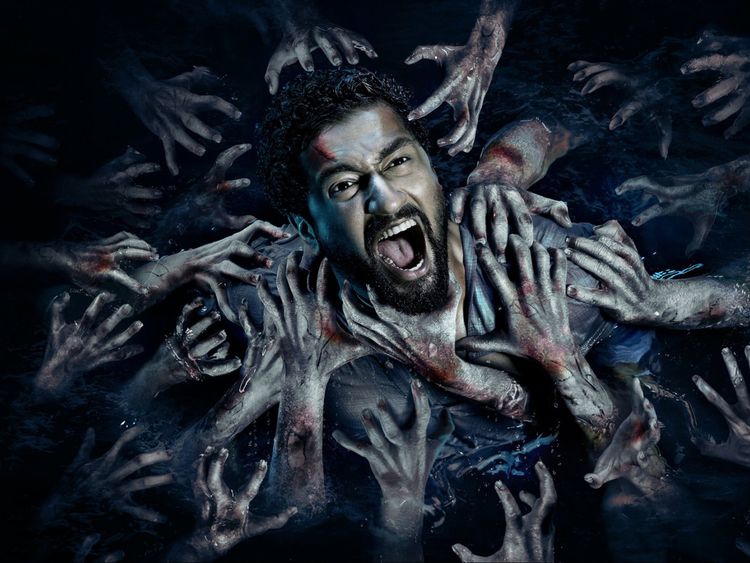 The first trailer of Vicky Kaushal, Bhumi Pednekar starrer Bhoot: The Haunted Ship was unveiled on Monday. The film’s teaser had been shared earlier on Thursday.

KJo took to Twitter to share the trailer and wrote, “Anchoring fear on your shores. #BhootTrailer OUT NOW!

Check out the trailer here

The scary trailer starts with a voice-over that announces the arrival of a ship, Sea-Bird, on Mumbai shores and that it is to be abandoned.

After this, Vicky Kaushal, essaying the role of a survey officer of the Sea-Bird, is seen entering the ship where he notices unusual events taking place.

Ashutosh Rana, who has a pivotal role in the movie, alerts him about the presence of an evil spirit.

The trailer ends with spooky snaps from the film and concludes with a shot that shows Vicky being trapped in the ship as he is captured by the evil spirit of Sea-Bird.

‘Bhoot Part 1: The Haunted Ship’ is a part of the horror franchise that revolves around a ship that lies static on a beach.

The movie is slated to hit theatres on February 21, 2020, and will clash with Ayushmann Khurrana-starrer ‘Shubh Mangal Zyada Saavdhaan’.