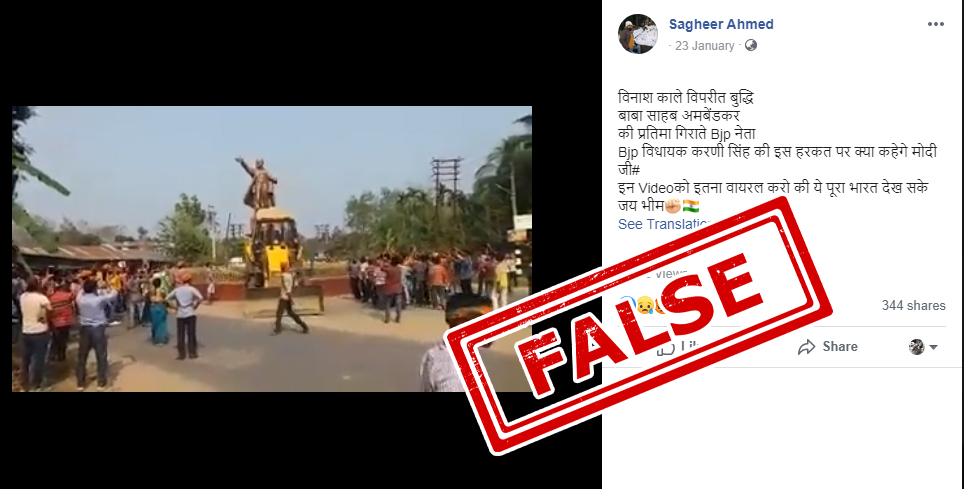 A video is being shared on social media where a bulldozer is taking down a statue while people cheer. Claims are being made that the statue is of Dr. B. R. Ambedkar and is being brought down by BJP leader Karni Singh.

NewsMobile fact-checked the above post and found the claim to be FALSE.

We took out the keyframes of the video and put it through Reverse Image Search, and found several reports dated 2018.

According to BBC reports, in 2018, a statue of former Soviet leader Vladimir Lenin was taken down in Belonia town, soon after the BJP government came into power.

The above information proves that the statue in the video is not of B. R. Ambedkar and hence the claim is false.