Harsh Vardhan Shringla (IFS: 1984) has taken charge as the new Foreign Secretary of India on Wednesday.

He is the 33rd Foreign Secretary of India and will have a tenure of two years.

In a diplomatic career lasting a little more than 35 years, Shringla has served as the country’s envoy to US, Bangladesh and Thailand. He is considered to be amongst the top experts on South Asian affairs and economic diplomacy.

Shringla is one of the finest officers from the Indian Foreign Service and is a known to be a complex problem solver with a cool head, some thing the Indian diplomacy will need even more in 2020.

This was seen in action when he dealt with the issue of a hostile Maldives, earlier in 2012-13. His expertise helped the relations between the two maritime neighbours to get back to normal.

The decision to pick Shringla was made by the Prime Minister Narendra Modi and External Affairs Minister S Jaishankar who factored in Shringla’s performance as an Envoy to the US, who managed the relationship well even in difficult circumstances. PM Modi was very happy at the ‘Howdy Modi’ event in Houston. 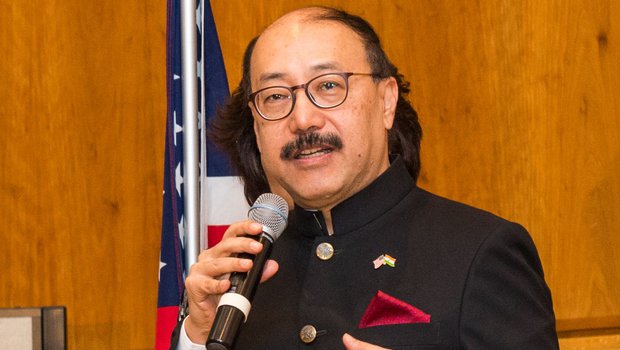 Earlier too, his stints in Bangladesh as the Indian Envoy and in Thailand saw an unprecedented cooperation in security matters in both the countries under his stewardship.

While as India’s Envoy to Thailand Shringla managed to get a lot of Indian fugitives back to India.

With Shringla as the top diplomat, Jaishankar has an ably ally to manage the complexities of the Indian Foreign policy.

His immediate priorities will be to manage India’s diplomatic leverage in the neighborhood and managing relationship with the US, UK, Russia, France and China will also be on the agenda.

On his previous stint in the US, his proactive approach helped him win many friends across the US. Now, ensuring a successful visit by the US President Donald Trump will be a priority.

As the Indian diplomacy faces multiple challenges especially a digital war being unleashed by India’s rivals he will have get in some expertise in the MEA to deal with newer challenges in on diplomacy in the digital domain.

Shringla also focused on people centric diplomacy and that will largely be the focus of his stint as India’s new Foreign Secretary.