Home NM FACT CHECKER Picture of a rescued dog being shared with false narrative on social... 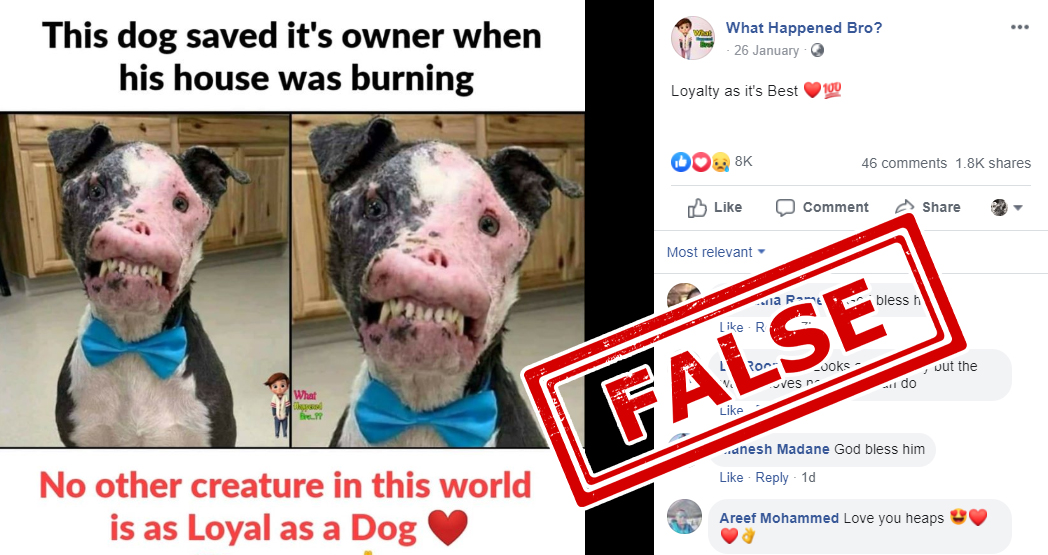 A picture of a dog with a disfigured face is doing rounds on social media with a claim that he saved his owner from a house fire. 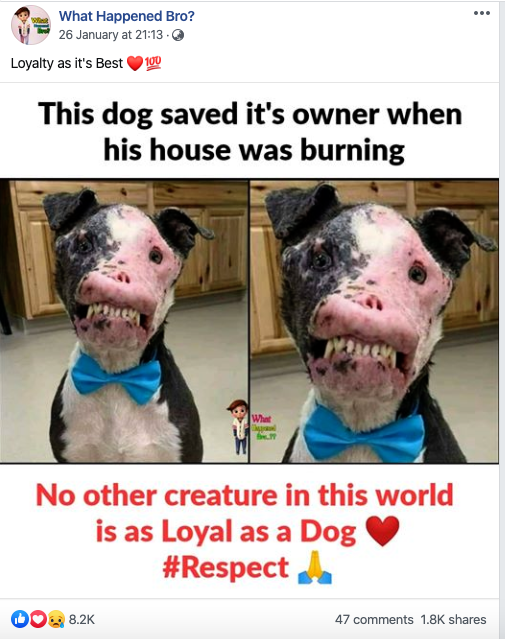 ” This dog saved it’s owner when his house was burning. No other creature in the world is as loyal as a dog ” – the text on the post read.

ALSO READ: This picture of a helpless dog is NOT from the recent…

We checked and found that the viral narrative about the dog is false.

We put the image through Reverse Image Search and found several reports suggesting that the dog was called Phoenix. One report also stated that he was rescued by an organisation called  Skiatook Paws & Claws Animal Rescue in 2019.

We contacted the organization on Facebook and they told NewsMobile that the narrative in circulation is false and phoenix is suffering from an autoimmune disease.

“He was rescued by our organization. The facts of that image are not true. He has an autoimmune disease, there was no fire, ” the organisation told NewsMobile.

Regular updated about phoenix is post on Facebook page Family Animal Medicine – Owasso, OK, the organization who has been treating him and Skiatook Paws & Claws Animal Rescue.

According to the most recent posts, Pheonix is doing much better and is also undergoing treatment.

The above information proves that the viral narrative of rescuing owner from fire is false.