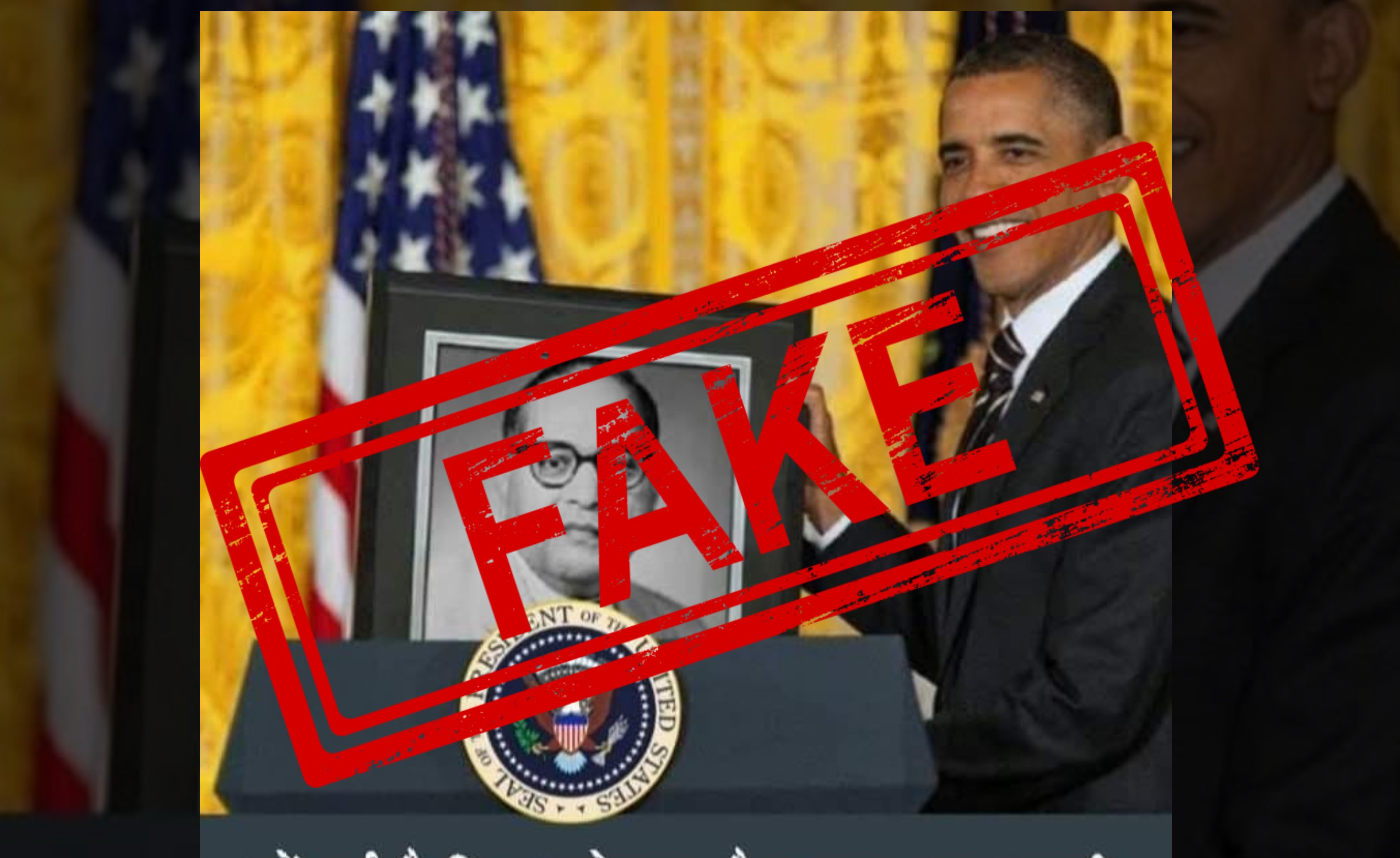 A picture of former US President Barack Obama is making rounds on social media in which he can be seen holding a portrait of BR Ambedkar. 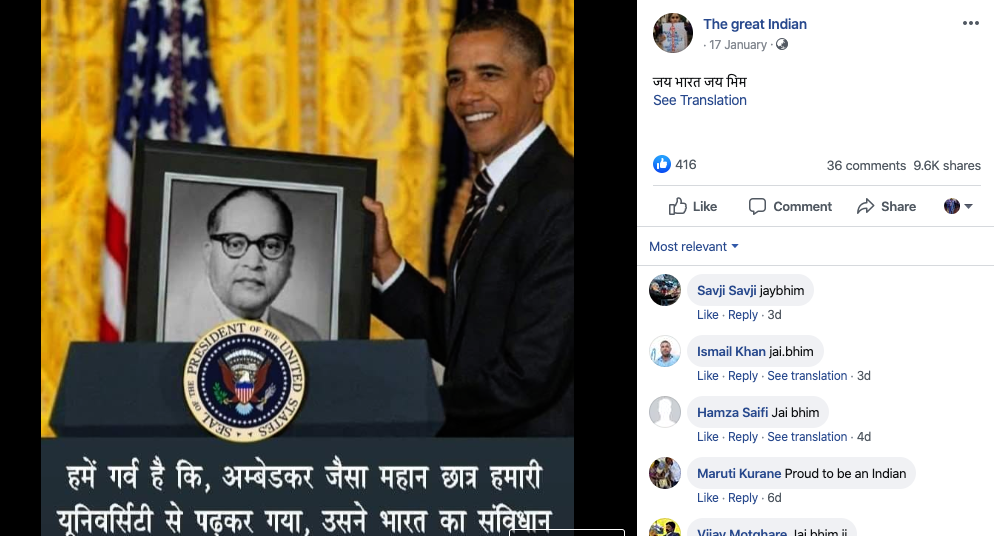 At the time of filing this report, the above post was shared by over 9,600 people on Facebook.

The picture was taken on September 07th, 2011 when NASCAR champion Jimmie Johnson presented Obama with a pair of gloves. 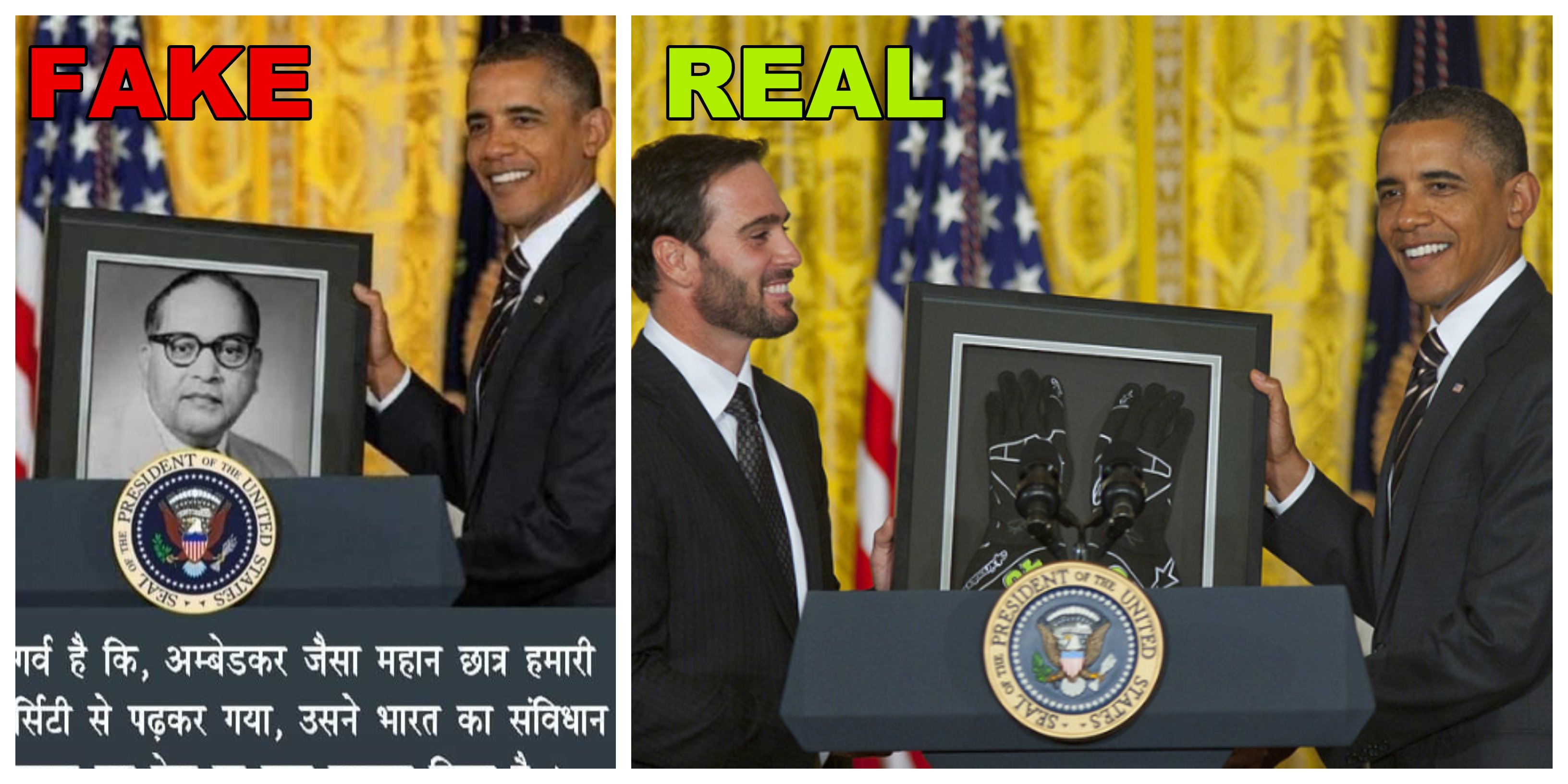 On digging further, we found that this picture of Obama is available as a photo-effect on the ‘PhotoFunia’, where users can put any picture instead of gloves.

Hence, the above information proves that the viral picture of Obama with Ambedkar’s portrait is FAKE.