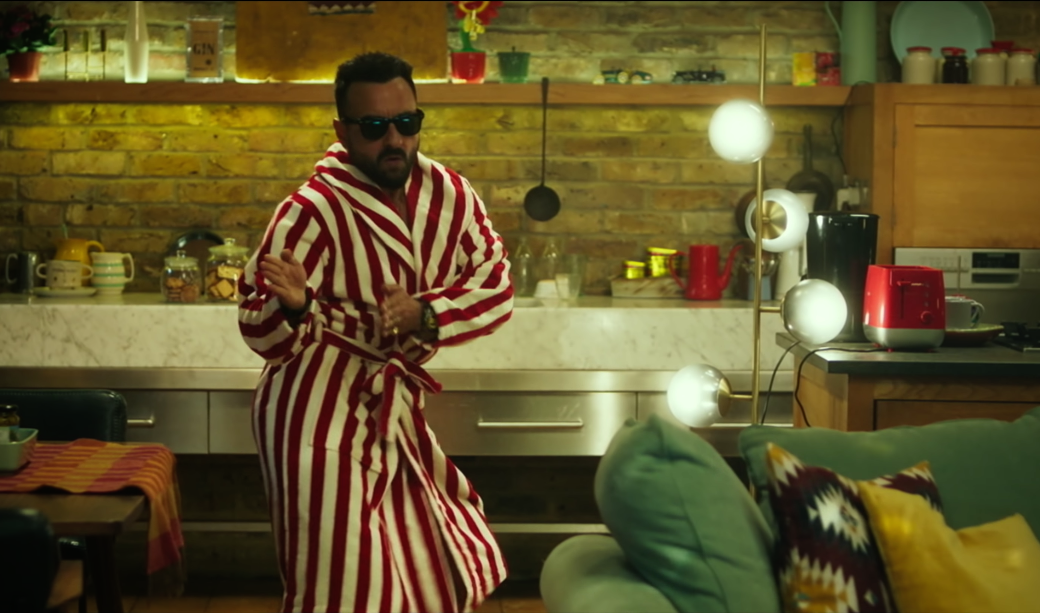 After nearly 25-years of the popular 90s song Ole Ole, the makers of Jawaani Jaaneman has dropped the recreated version of the song featuring Saif Ali Khan doing the hook step.

The one-minute-forty-nine minute song shows Saif Ali Khan in playboy mode shaking a leg along with girls in the pub. The song starts with the 49-year-old actor in bed with a blonde woman.

Saif is shown grooving to the tunes of song, and the most eye-appealing thing in the song is the hook step from the old version. The peppy-song is the new party anthem and sure to
make you groove to the beats.
‘Ole-Ole 2.0’ is penned by Shabbir Ahmed and sung by Amit Mishra. The original song ‘Ole Ole’ was featured in the 1994 film ‘Yeh Dillagi’ and was performed by Abhijeet Bhattacharya.
‘Jawaani Jaaneman’ also features Tabu in a lead role alongside Saif Ali Khan, who plays the role of a Casanova. The movie also sees Alaya F, the daughter of former Bollywood actor Pooja Bedi and grand-daughter of actor Kabir Bedi in the lead role.
The film is being produced by Jackky Bhagnani’s Pooja Entertainment in association with Saif’s Black Knight Films and Jay Shewakramani’s Northern Lights Films. The light-hearted romance will hit the theatres this year on January 31.

The film is all set to release on January 31.