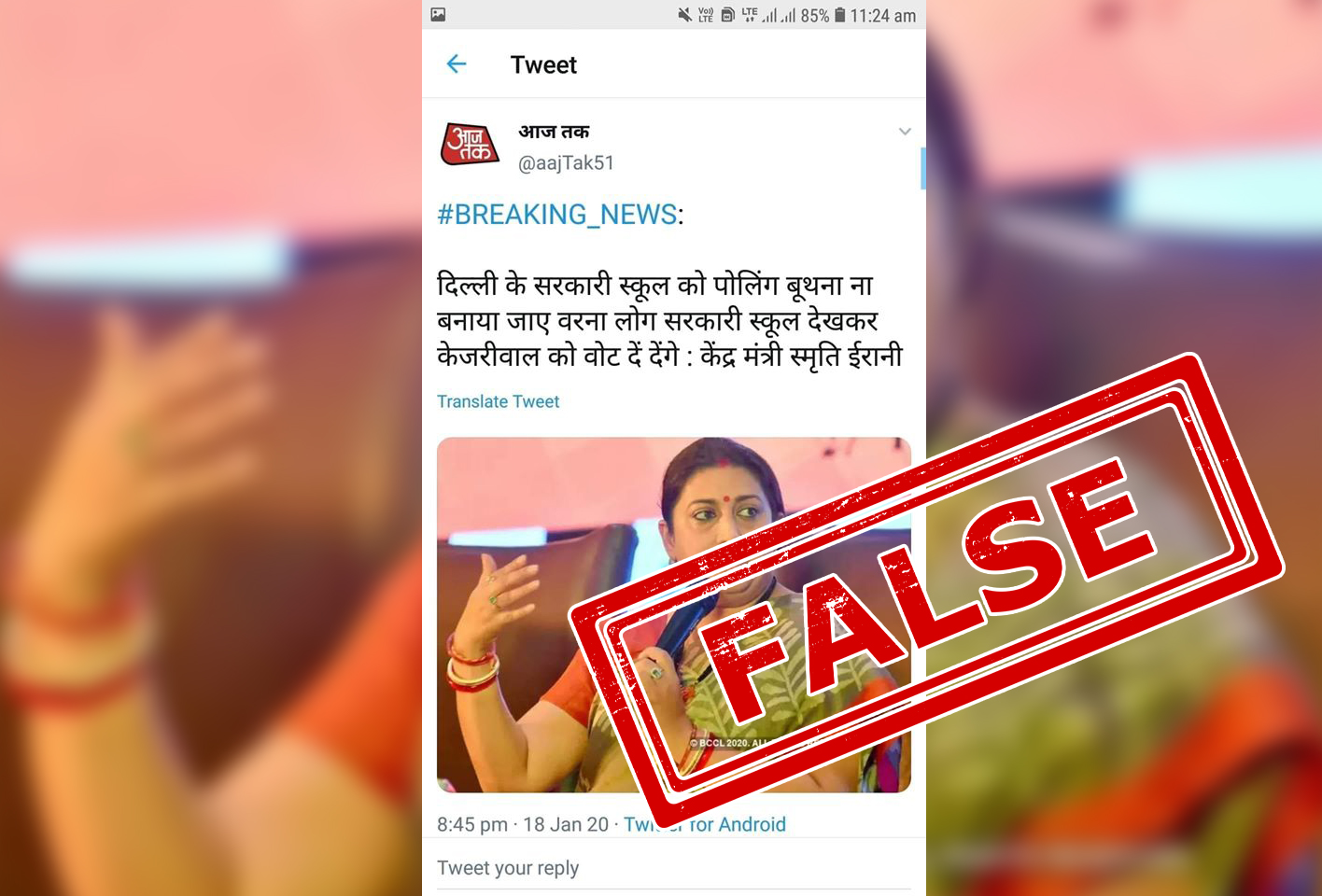 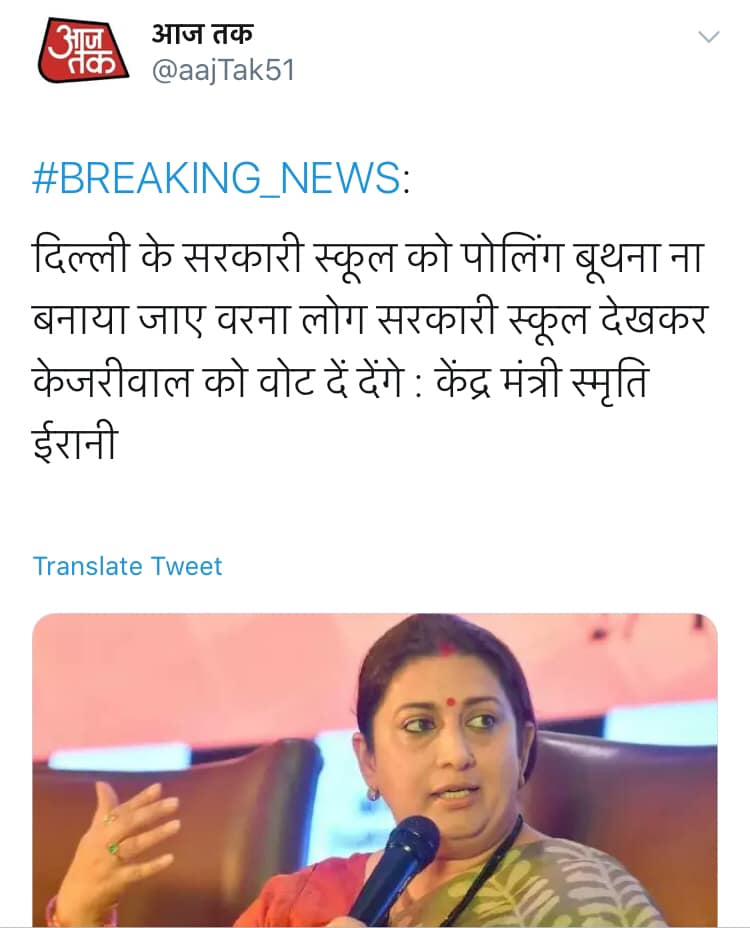 ( Translation: Government schools in Delhi should not be made polling booths or else people will vote for Kejriwal after seeing government schools: Union Minister Smriti Irani)

ALSO READ: This video of a massive crowd is NOT from CAA protest;…

We searched on Google and did not find any authentic news report to support the viral claim.

Also, in the screenshot that is being shared the Twitter handle is @aajTak51. We checked on Twitter and found that the account has now been suspended. 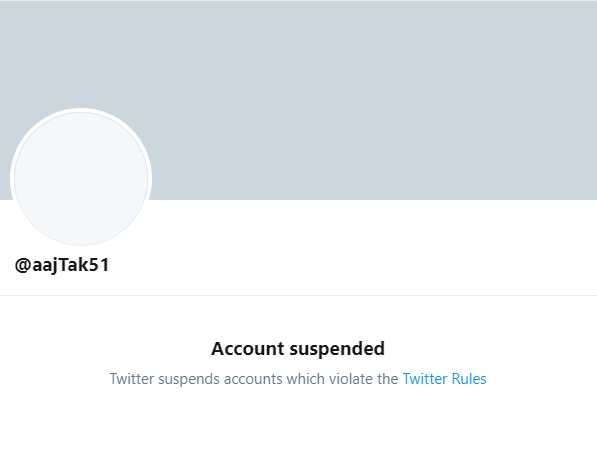 We also found a tweet by a parody Twitter account @ZeeRepublic dated April 24, 2019, where the same quote was attributed to the former Chief Minister of Delhi Sheila Dikshit.

Hence, the above information proves that the quote has been falsely attributed to the Smirti Irani.