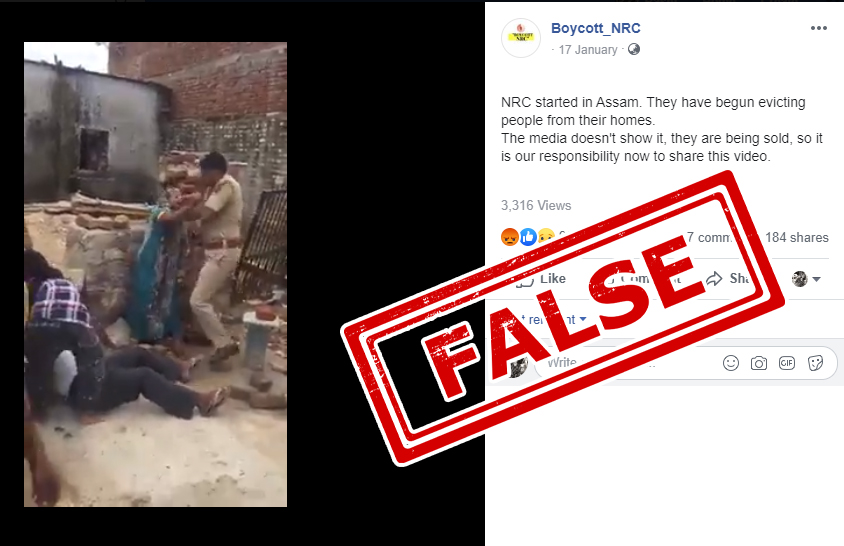 A video, where policemen can be seen manhandling people is being shared online with a claim that it is from Assam and people whose names are not in the NRC are being evicted from their houses.

“NRC started in Assam. They have begun evicting people from their homes.
The media doesn’t show it, they are being sold, so it is our responsibility now to share this video,” the caption read.

We noticed that the insignia on the police uniform is not of Assam Police but rather it is of Rajasthan Police. 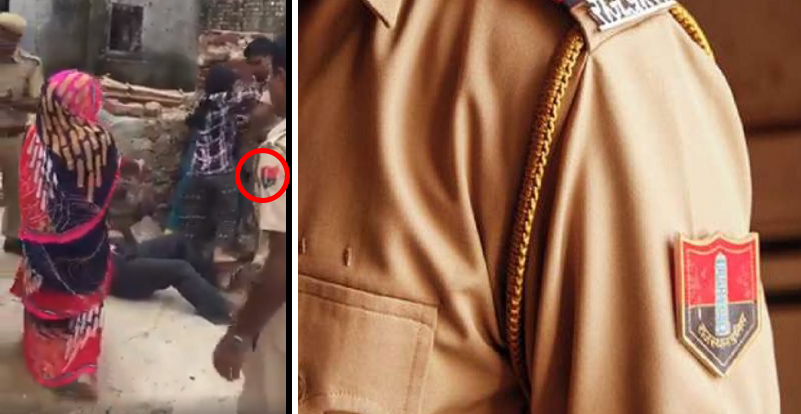 On digging further, we found the same video uploaded on YouTube in August 2019. The video description claims that the incident took place on Samriya Road, Kanota (Jaipur). The description also states that it happened because the police were demolishing illegal constructions.

Upon further research, we also found a tweet by Jaipur Police. Replying to the same video, the police posted a screenshot of the news report on the same incident.

The above information proves that the viral video is not is from Assam and is not related to NRC.