Home Home Slider Old video of cops being thrashed by a mob shared with misleading... 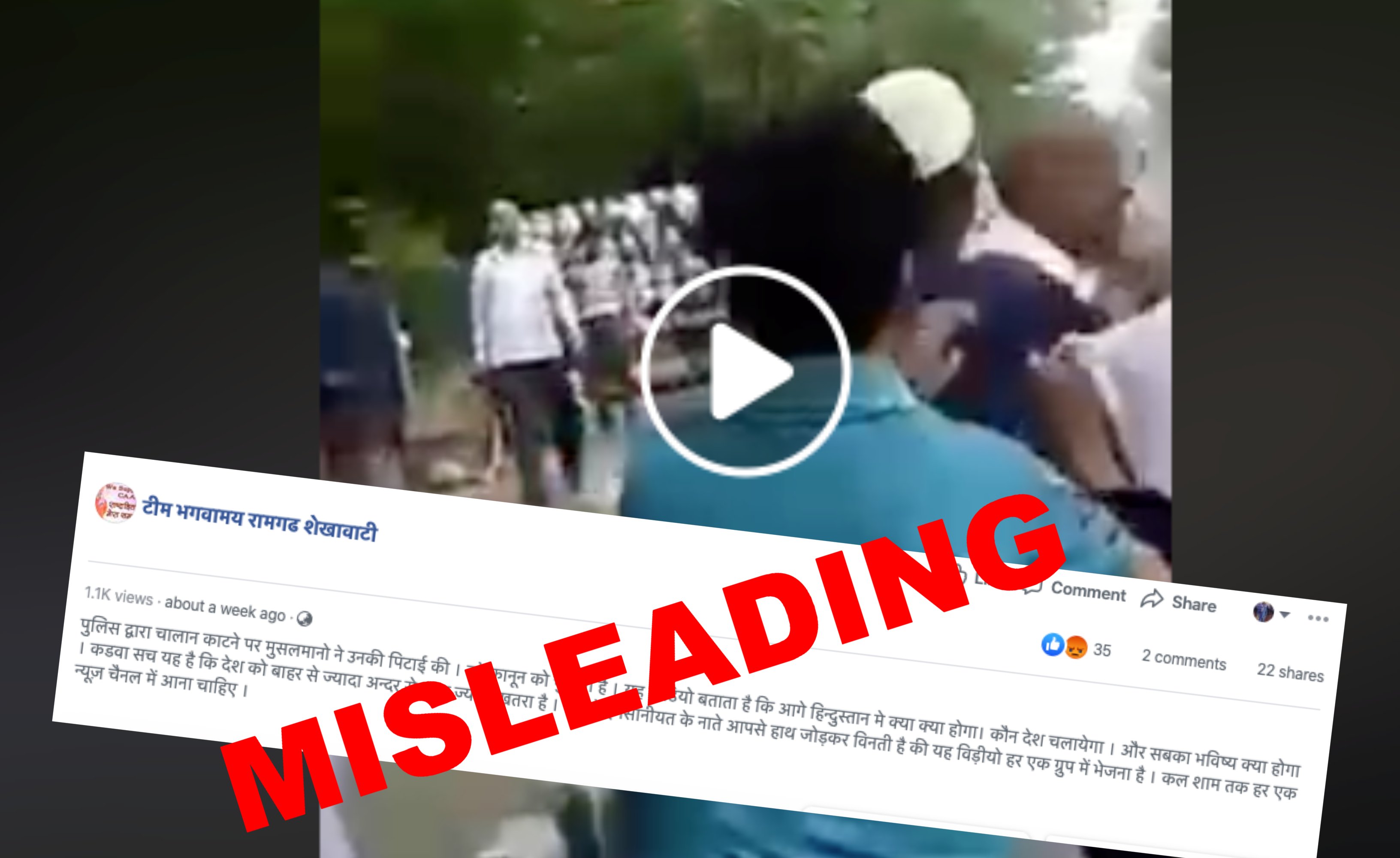 In the wake of protests over the Citizenship Amendment Act 2019, a video is making rounds on social media in which a mob can be seen thrashing two traffic cops. It has been claimed that people from a religious group beat up the cops for issuing a challan.

(Translation: The Muslims beat him up after the police cut the challan. Which is a challenge to the law. This video explains what will happen in India next. Who will run the country And what will be the future of everyone. The bitter truth is that the country is at greater risk from inside than outside. Friends, as a matter of grace, we ask you to send your hands to each group. By tomorrow evening every news channel should come.)

NewsMobile fact-checked the above post and we found that the claim attached to the video is false.

We extracted keyframed of the video and on putting them through Reverse Image Search, we came across a video on NDTV India’s YouTube channel dated July 14th, 2015.

On digging further we found several news reports about the same incident. 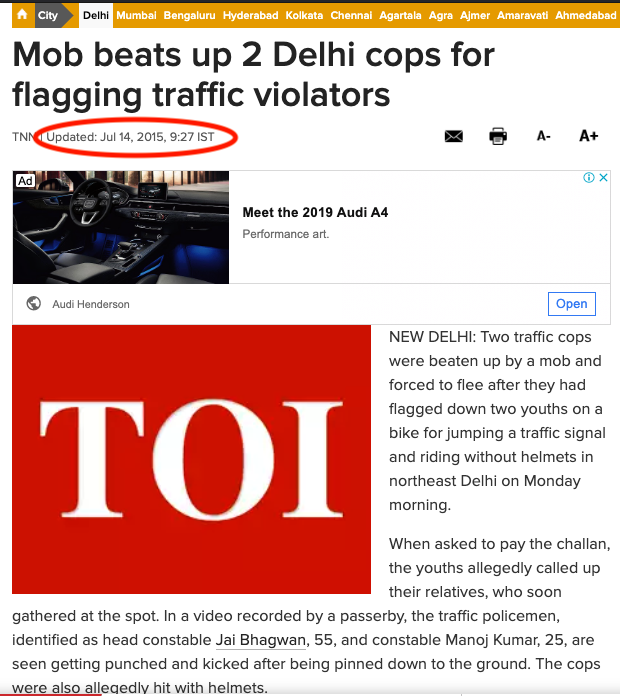 According to reports, two traffic cops were beaten up by a mob and forced to flee after they had flagged down two youths on a bike for jumping a traffic signal and riding without helmets in northeast Delhi. When asked to pay the challan, the youths allegedly called up their relatives, who soon gathered at the spot.

Hence, the above information proves that the video video is old and is being shared with misleading claims.