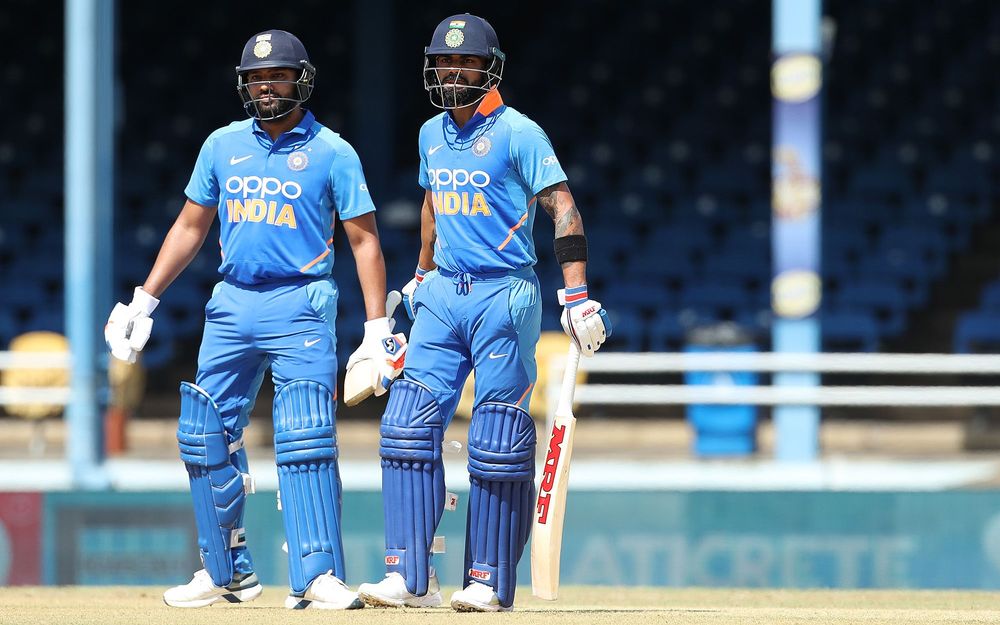 Indian cricketers, Rohit Sharma and Virat Kohli have headlined the ICC Awards for the year 2019, announced Wednesday. Rohit was awarded the 2019 ODI Cricketer of the year and the Indian skip was awarded the 2019 Spirit of Cricket award for his heartwarming gesture asking fans not to boo or yell out hate comments to Steve Smith during the World Cup 2019.

Your 2019 ODI Cricketer of the Year is Rohit Sharma.#ICCAwards pic.twitter.com/JYAxBhJcNn

Who remembers this gesture from Virat Kohli during #CWC19?

The Indian captain is the winner of the 2019 Spirit of Cricket Award 🙌 #ICCAwards pic.twitter.com/Z4rVSH8X7x

Yet the biggest ICC prize was stolen away by Ben Stokes with the Sir Garfield Sobers Trophy for the world player of the year and the Aussie pacer, Pat Cummins won the 2019 test Cricketer of the year for his 59 test wickets.

A World Cup winner and scorer of one of the greatest Test innings of all time, Ben Stokes is the winner of the Sir Garfield Sobers Trophy for the world player of the year.#ICCAwards pic.twitter.com/5stP1fqSAP

With Rohit Sharma’s stellar performance in 2019, he became the first batsman to hit five hundred in a single edition of the World Cup and finished the tournament with the award of highest run-scorer and finished off the year with a banging 7 ODI hundreds.

With the most touching moment in cricketing season 2019, when Virat Kohli asked the fans not to boo the Aussie player, Steven Smith, with his ball-tampering scandal in 2018 and Kohli said, “So I just felt bad for him, and I told him, I’m sorry on behalf of the crowd because I’ve seen that happen in a few earlier games as well, and in my opinion that’s not acceptable.”

With the Indian hit man’s headlining the ICC awards, they’ve shown pure class in last year’s cricketing season and have made groundbreaking records and made the country proud.