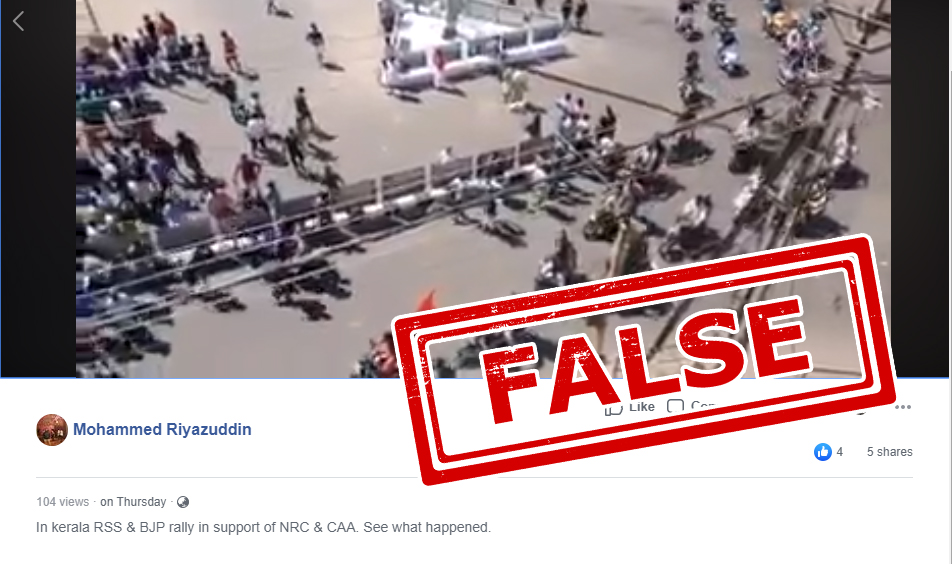 A video is being shared online in which a mob can be seen attacking a group of people on bikes.

The claim is being made that the video is from Kerela when a mod attacked the RSS- BJP supporters who were participating in pro-NRC & CAA  rally.

“In Kerala RSS & BJP rally in support of NRC & CAA. See how the Kerala people kicked them, ” the text read.

NewsMobile fact-checked the above video and found the claim to be fake.

On taking the key screengrabs of the video and putting it through Reverse Image Search, we found that the video is from January 2019.

We found an article by The Times of India dated Jan 03, 2019, featuring the same video and the title read, “Mob attacks hartal supporters at Edappal in Malappuram district” 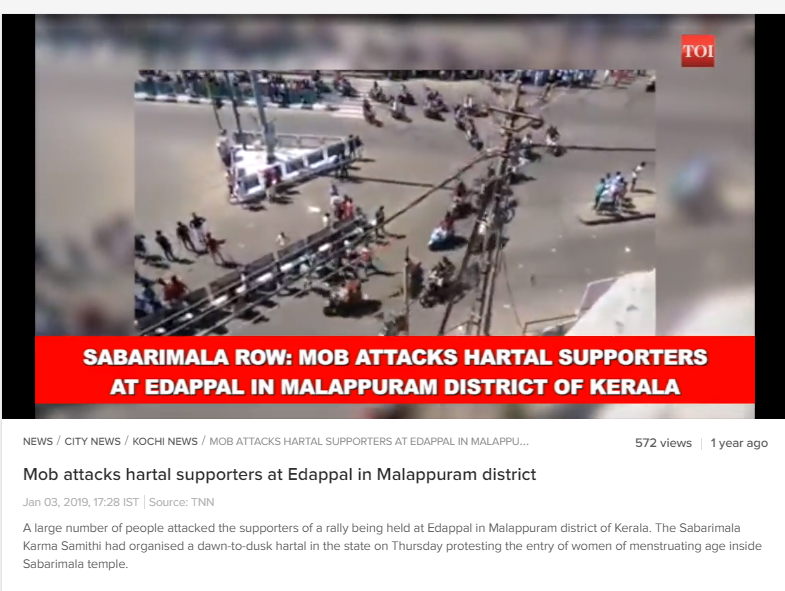 As per the report, the incident happened in Malappuram district of Kerala when people attached the protesters protesting the entry of women of menstruating age inside Sabarimala temple.

The above information proves that the video is old and is not related to CAA-NRC protest and hence the claim is false.