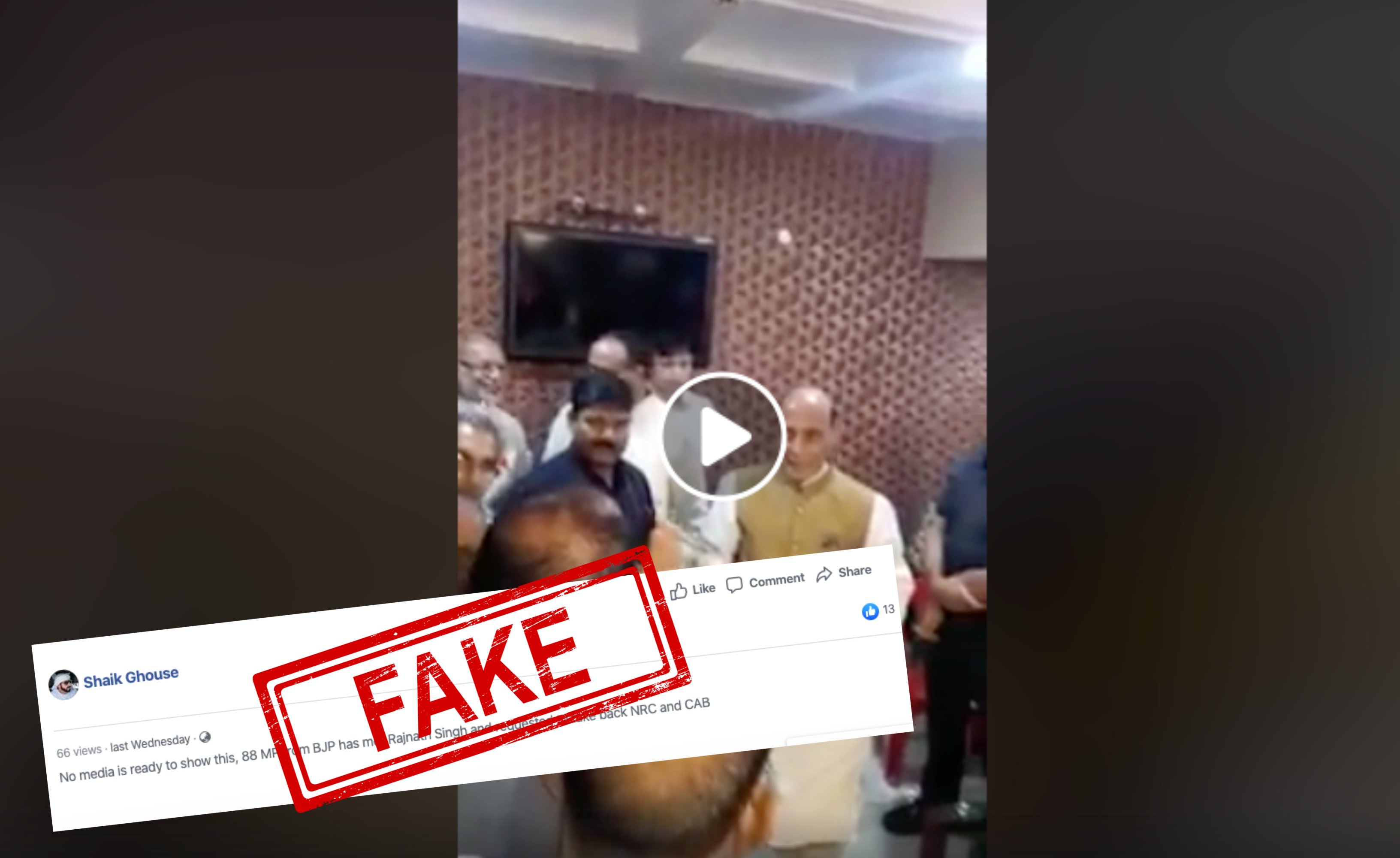 A video is making rounds on social media in which Defence Minister Rajnath Singh can be seen meeting with a few people. It has been claimed that people in the video are 88 BJP MPs requesting Rajnath Singh to rollback recently passed Citizenship Amendment Act, 2019 and NRC. 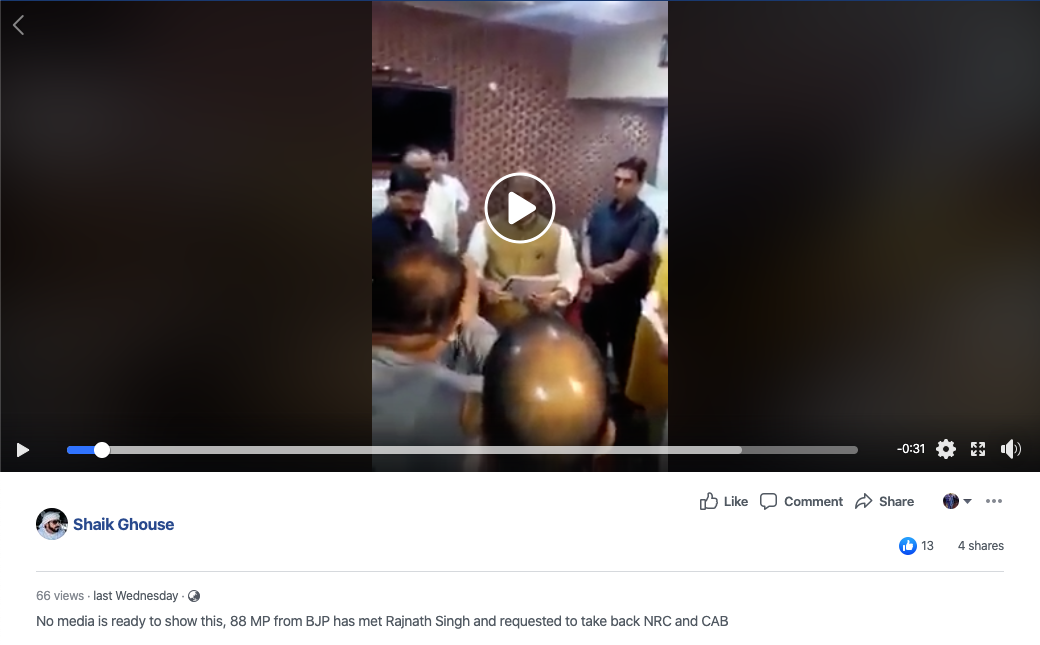 The caption of the video read: “No media is ready to show this, 88 MP from BJP has met Rajnath Singh and requested to take back NRC and CAB.”

ALSO READ: People in Kerala attacking CAA supporters in a rally? Here’s the..

NewsMobile fact-checked the above post and found the claim attached to the video to be false.

On putting the keyframes of the video through Reverse Image Search, we came across the same video on Facebook which was posted on September 7th, 2018– and the caption read- “Rajender Singh MLA BJP begging in front of Rajnath Singh for upper caste against SC St act amendment and giving resign from MLA ship”. 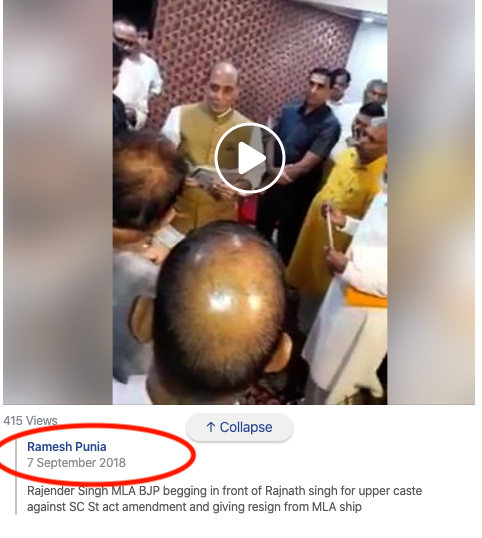 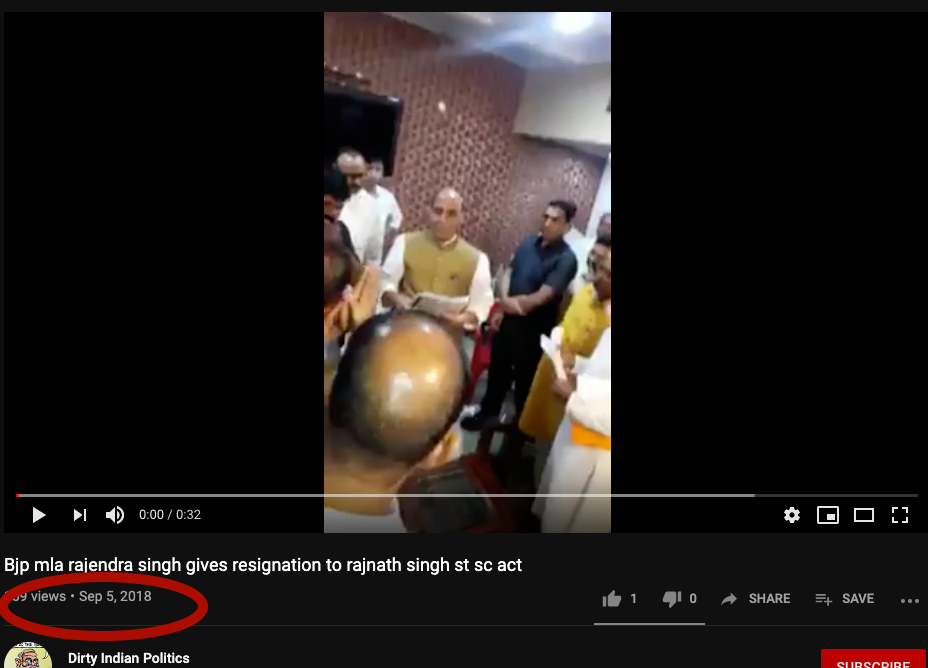 In conclusion, since the video existed on the internet since 2018, it is proved that the video is not related to CAA.