Home Home Slider No, this video of an explosion is not from the Iranian missile... 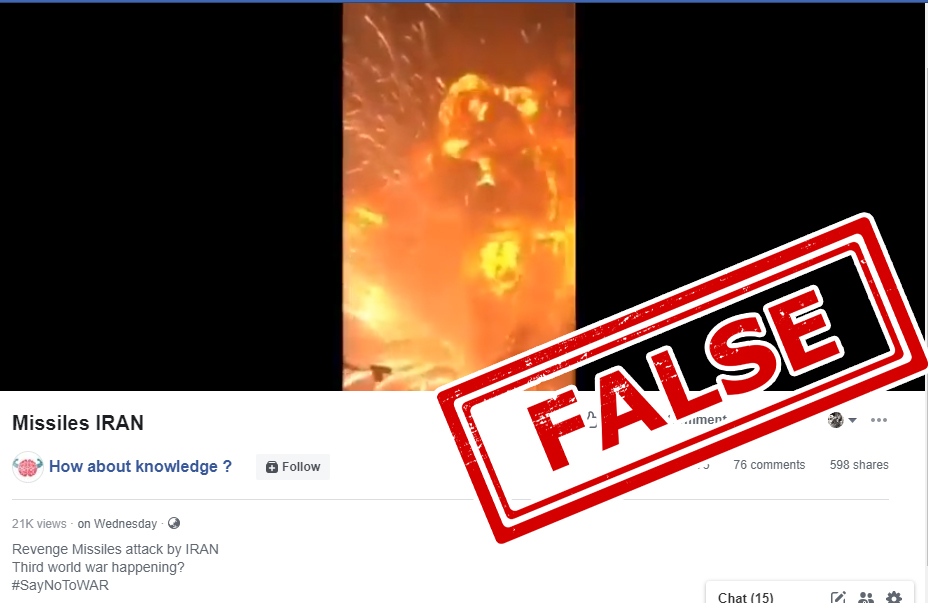 A video claiming to be of Iran’s missile attack on US Airbase is being shared on social media.

NewsMobile fact-checked the above video and found the claim to be false. We also found that two different videos have been combined together in the above posts.

We put the video through InVID and obtained the keyframes of the video. On putting those keyframes through Reverse Image Search, we found the first half of a video was uploaded by YouTube channel Israel Defense Forces on Nov 14, 2018.

The title of the video read, “Rockets Fired from Gaza, Sirens Ring out in Ashkelon. ”

The second part of the video is from Tianjin, China. We found the same video uploaded by BBC on Aug 14, 2015, titled – “Tianjin explosion video captures the fear of eyewitnesses – BBC News.”

Hence, the above information proves that the videos are not related to the recent ongoing US -Iran tension and hence the claim is false.