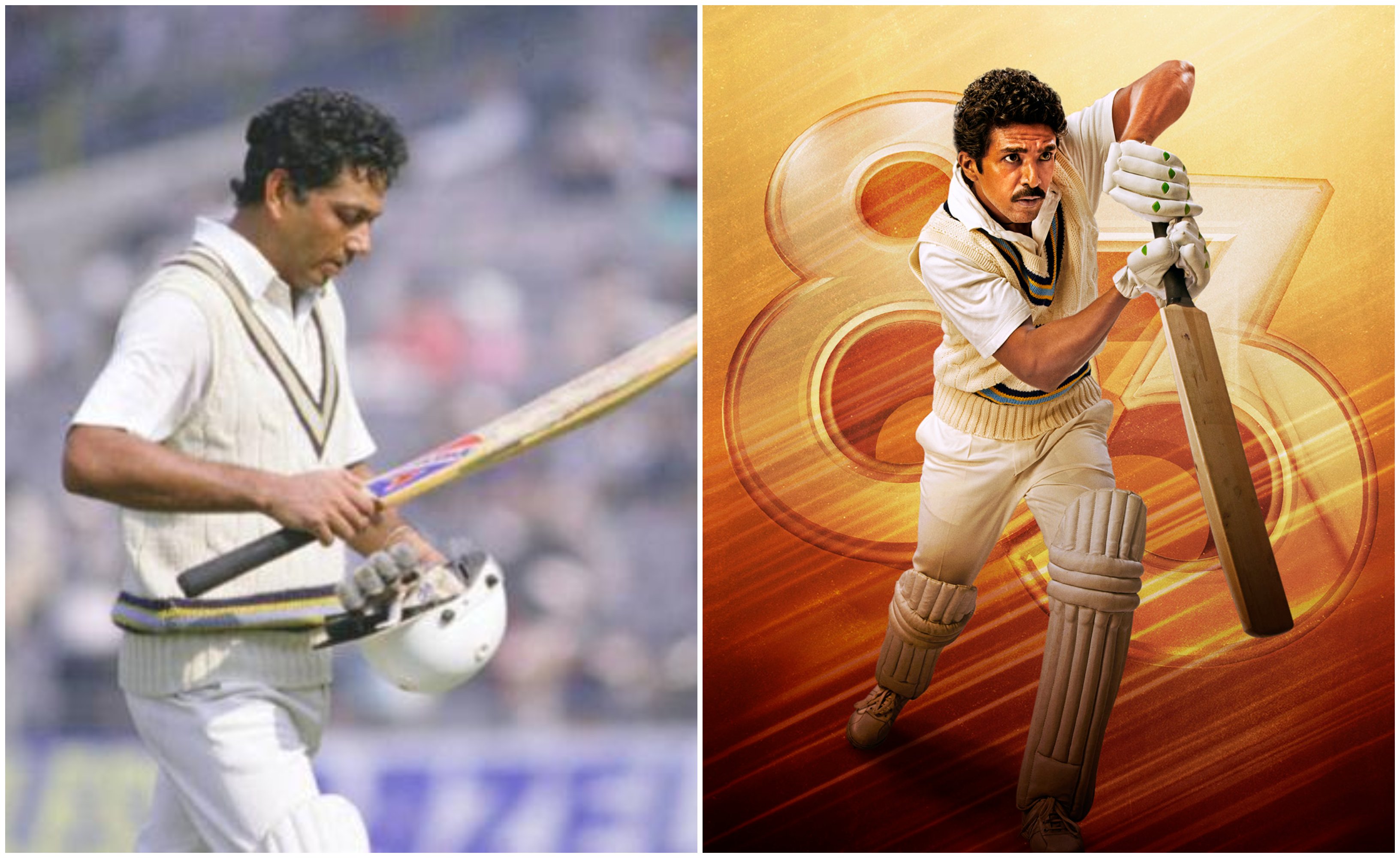 Ranveer Singh, who will next be seen in the sports drama ’83’, unveiled another character poster of the flick featuring Saqib Saleem as Mohinder Amarnath on Monday.

The actor took to Twitter to shared the poster which has Saqib posing as ace batsman Mohinder Amarnath. He captioned the post as “Courage of a Lion. Nerves of Steel.The Indomitable Comeback King of India. Presenting @saqibsaleem as MOHINDER ‘JIMMY’ AMARNATH ”

In the poster, Saqib can be seen with the intense look of the batsman as he plays a shot.

The actor also shared the poster on social media and wrote, “Jim paa ki wajah se hi toh hum World Cup 1983 mein itni durr tak pohonch paaye! What an honour and joy it has been to play this legend on the big screen. Presenting the Comeback King, #MohinderAmarnath! #ThisIs83”

Over the weekend Ranveer has released two character posters from the film, in the first one, Tahir Raj Bhasin is seen as Sunil Gavaskar. In the second character poster, Jiiva is seen as the top scorer in the final match of the 1983 world cup against West Indies, K Srikkanth.

The film based on Kapil Dev, the former World Cup-winning captain, has Ranveer essaying his role. It also has Deepika Padukone in the lead role opposite Ranveer Singh.

Helmed by Kabir Khan, the movie is slated for release on April 10.