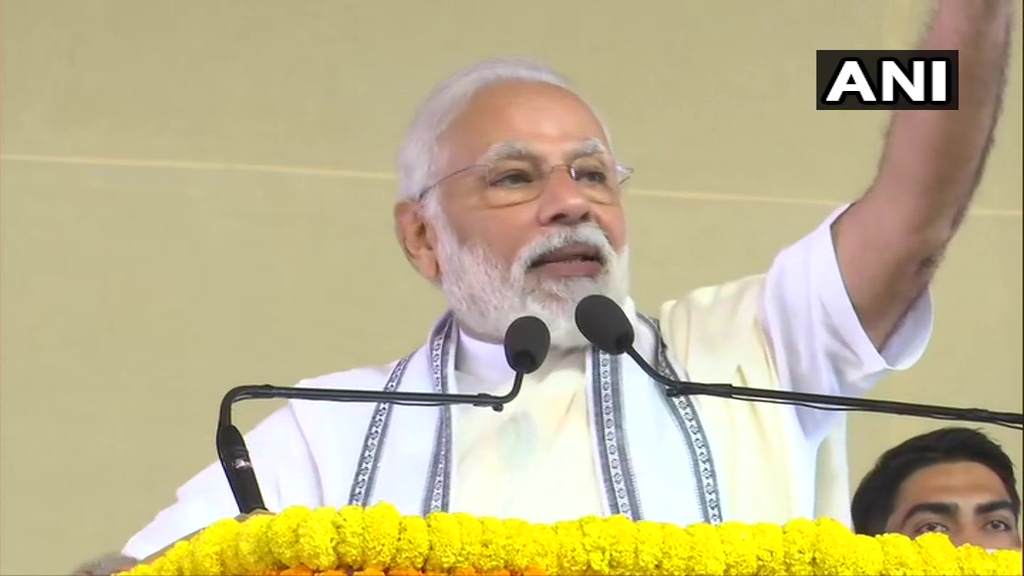 Prime Minister Narendra Modi on Sunday hit out at the Opposition, accusing them of playing political games over the amended Citizenship law and asserted that the act is about giving citizenship rights, not taking them away.

“I repeat again, Citizenship act is not to revoke anyone’s citizenship, but it is to give citizenship. After independence, Mahatma Gandhi ji and other big leaders of the time all believed that India should give citizenship to persecuted religious minorities of Pakistan,” he said while addressing people at Belur Math.

“You understood this very clearly. But those playing political games purposely refuse to understand. People are being misled over the CAA,” he added.

The Prime Minister said that the Centre has made provisions to protect the identity, demography, and culture of the North-East.

The Citizenship (Amendment) Act, 2019 grants citizenship to Hindus, Sikhs, Jains, Parsis, Buddhists and Christians fleeing religious persecution from Pakistan, Afghanistan and Bangladesh who came to India on or before December 31, 2014.