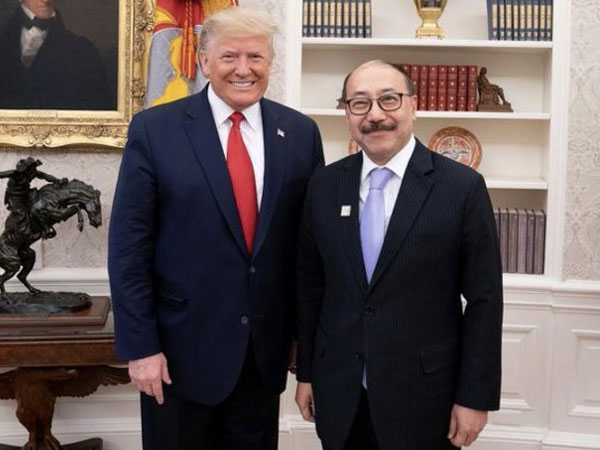 Outgoing Indian Ambassador to the US, Harsh Vardhan Shringla called on President Donald Trump at the Oval Office in White House and thanked him for his steadfast support for strengthening the India-US strategic partnership.

Shringla will be the next Foreign Secretary of India.

Ahead of his visit to New Delhi, Ambassador Alice Wells, Acting Assistant Secretary of State for South and Central Asia described Shringla as the “captain of India-US relationship.”

Wells also said that Shringla would play an important part in the India-US relations to achieve its potential.

US Chief of Protocol Can Henderson hosted a rare reception for Shringla at the Blair House. A reception at this venue for an outgoing envoy is normally reserved only for a few countries and India became one of them.