Home NM FACT CHECKER Name of acid attacker changed to ‘Rajesh’ in ‘Chhapaak’ to hide his... 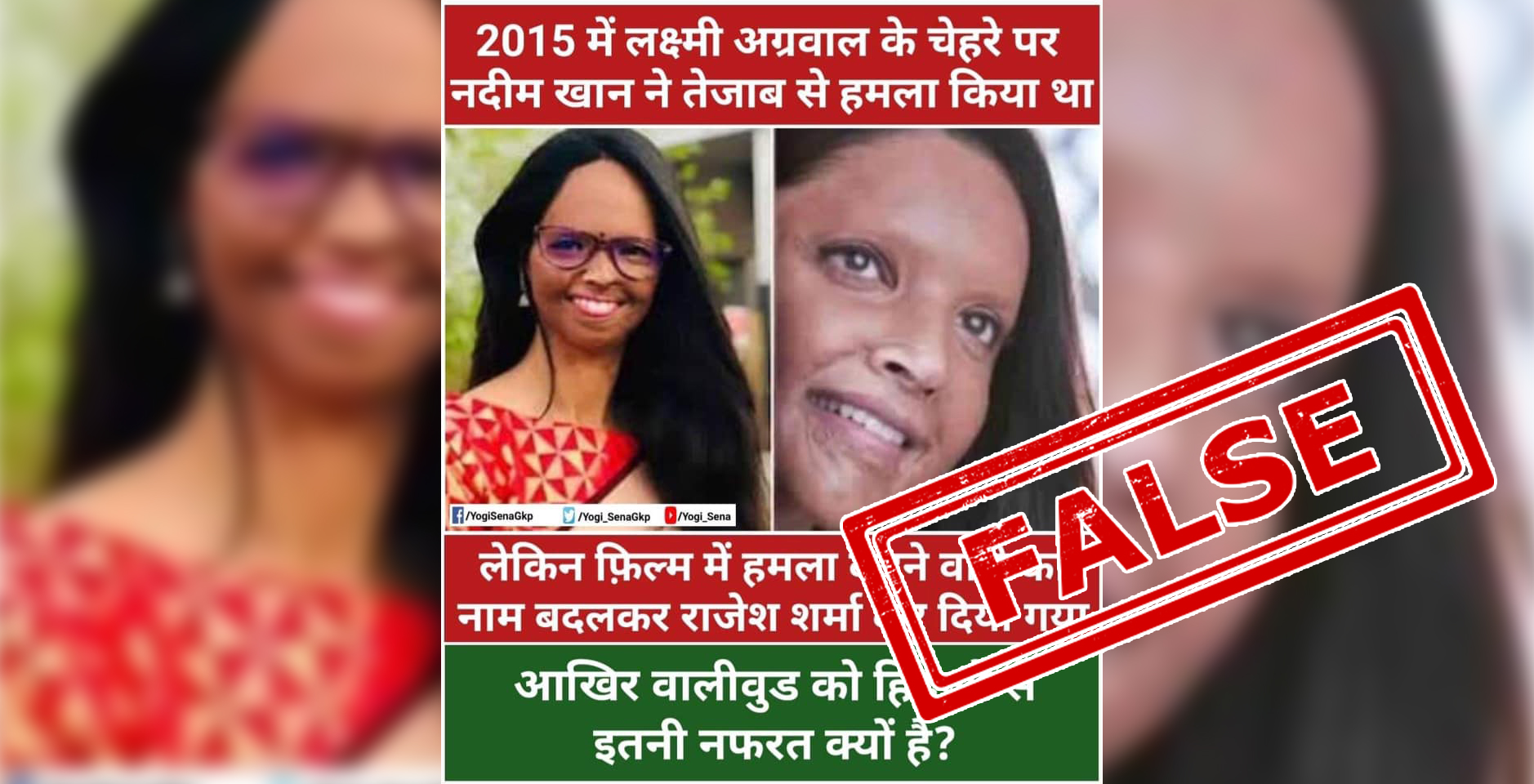 After Bollywood actress Deepika Padukone was seen at the JNU, expressing her solidarity with students who were attacked, social media was flooded with the post claiming that religion of the attacker in Deepika’s upcoming movie Chhapaak was changed.

The claim was made that the name of the acid attacker was changed from Nadeem Khan to a Hindu name, Rajesh.

NewsMobile fact-checked this information is false.

We checked the full list of the cast and found in this movie, based on the life of Laxmi Agarwal, she has been called is ‘Malti’ Agarwal whereas Nadeem as been referred to as  ‘Babboo’ aka ‘Bashir Khan‘. 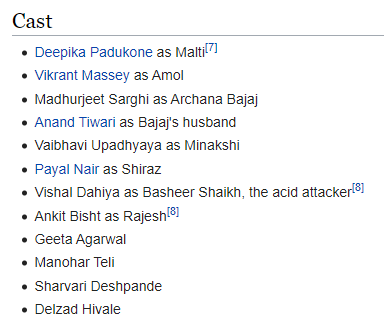 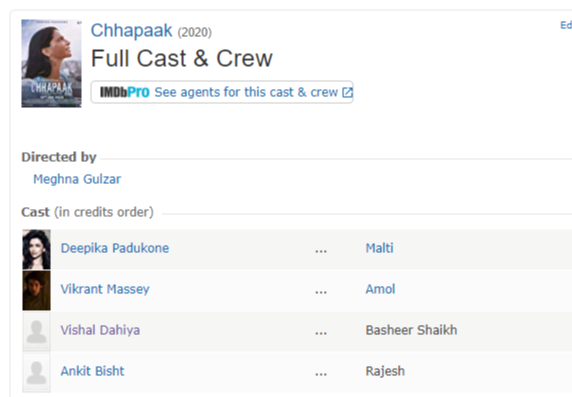 We also found a news report by PTI, clarifying that the viral claim circulating on social media is false. 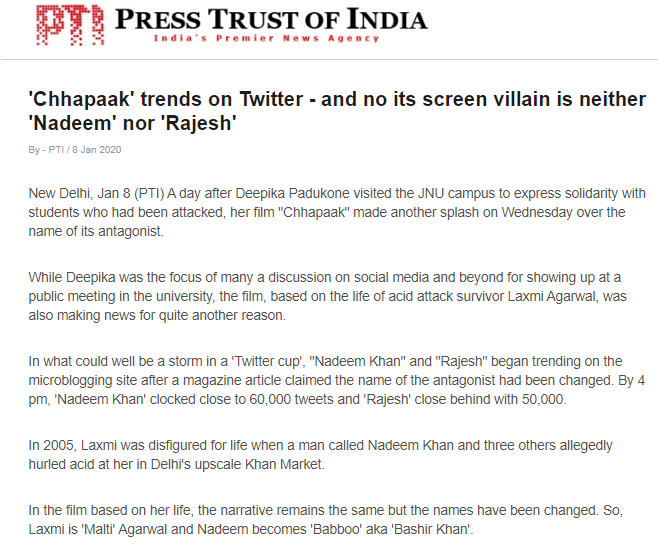 Rajesh, played by Ankit Bisht is the name of one of Deepika’s friends in the film.

Also, some of the viral posts mentioned the year of attack as 2015, but the incident happened in 2005.

The above information proves that the viral claim is fake.