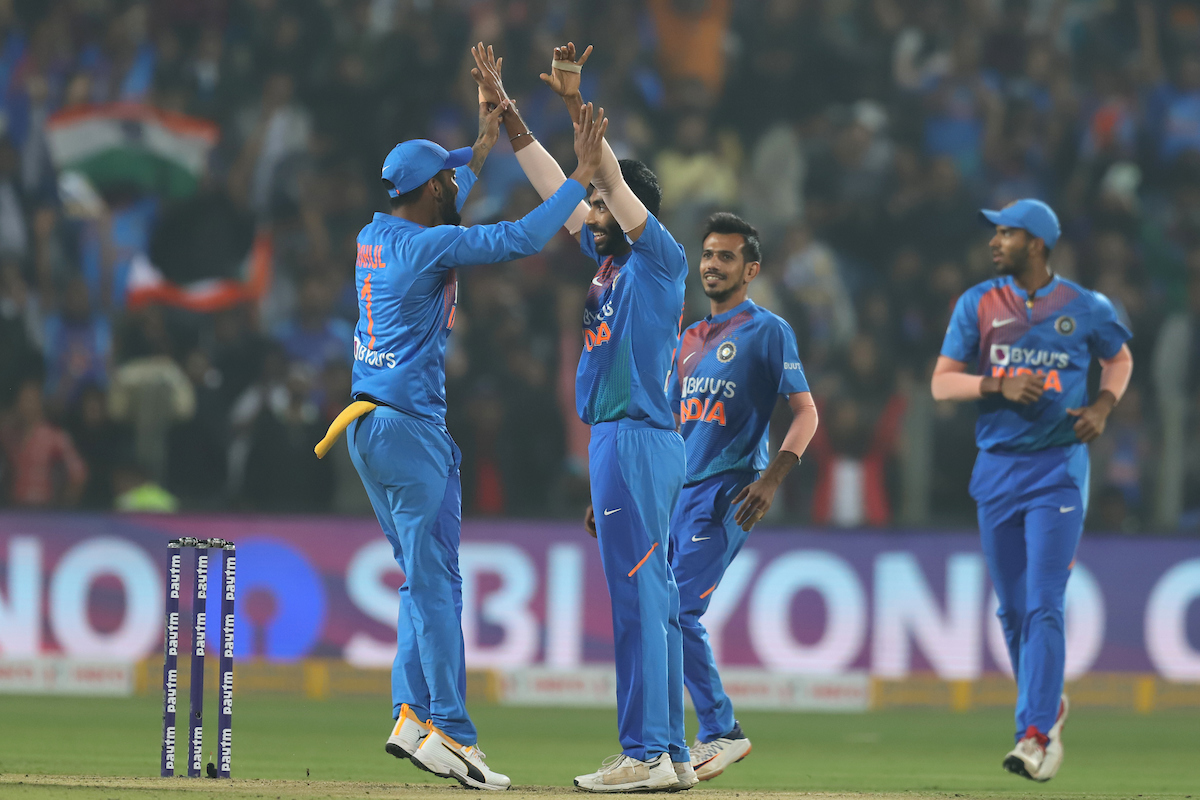 India secured a massive 78-run victory over Sri Lanka in the third T20I here on Friday.

With this win, India won the three-match T20I series by 2-0 as the first game was abandoned due to rain.

Chasing a massive target of 202 runs, Sri Lanka had a very poor start to their innings as Danushka Gunathilaka was dismissed in the very first over, bowled by Jasprit Bumrah. The other opener, Avishka Fernando, too was sent back to the pavilion in the next over.

The fall of wickets did not stop as Oshada Fernando was run out in the fourth over. Soon after that, Kusal Perera too followed Fernando back to the pavilion as Navdeep Saini bowled him.

Dhananjaya de Silva and Angelo Mathews then took the field and provided Sri Lanka with some momentum. Both formed a 68-run partnership before Washington Sundar dismissed Mathews (31).

Shardul Thakur bowled the 14th over and two Sri Lanka batsmen were dismissed in the over. First, Dasun Shanaka was caught-and-bowled by Thakur and later, Wanindu Hasaranga was run out.

Sri Lanka failed to build a partnership and were all out on 123 runs. Saini took three wickets while Thakur and Sundar clinched two wickets each.

After being asked to bat first, India got off to a flying start as KL Rahul and Shikhar Dhawan struck regular boundaries. Both kept the scoreboard moving and formed a 97-run partnership.

Dhawan completed his half-century in the 11th over and in the same over he was dismissed by Lakshan Sandakan which ended the batsman’s 52-run innings.

Sanju Samson then came out to bat but failed to leave a mark as he only managed to score six runs before being declared LBW off Wanindu Hasaranga’s delivery.

Sandakan came out furiously and picked two wickets in the 13th over, removing Rahul (54) and Shreyas Iyer (4). Virat Kohli and Manish Pandey then provided some stability to India’s innings as they formed a 42-run partenrship.

In the 18th over, Kohli was run out after scoring 26 runs and on the next ball, Washington Sundar was sent back to the pavilion by Lahiru Kumara on a duck. Shardul Thakur then joined Pandey out on the field and both played brilliantly.

Both added 34 runs on the board to help India set a challenging target of 202 runs for Sri Lanka.