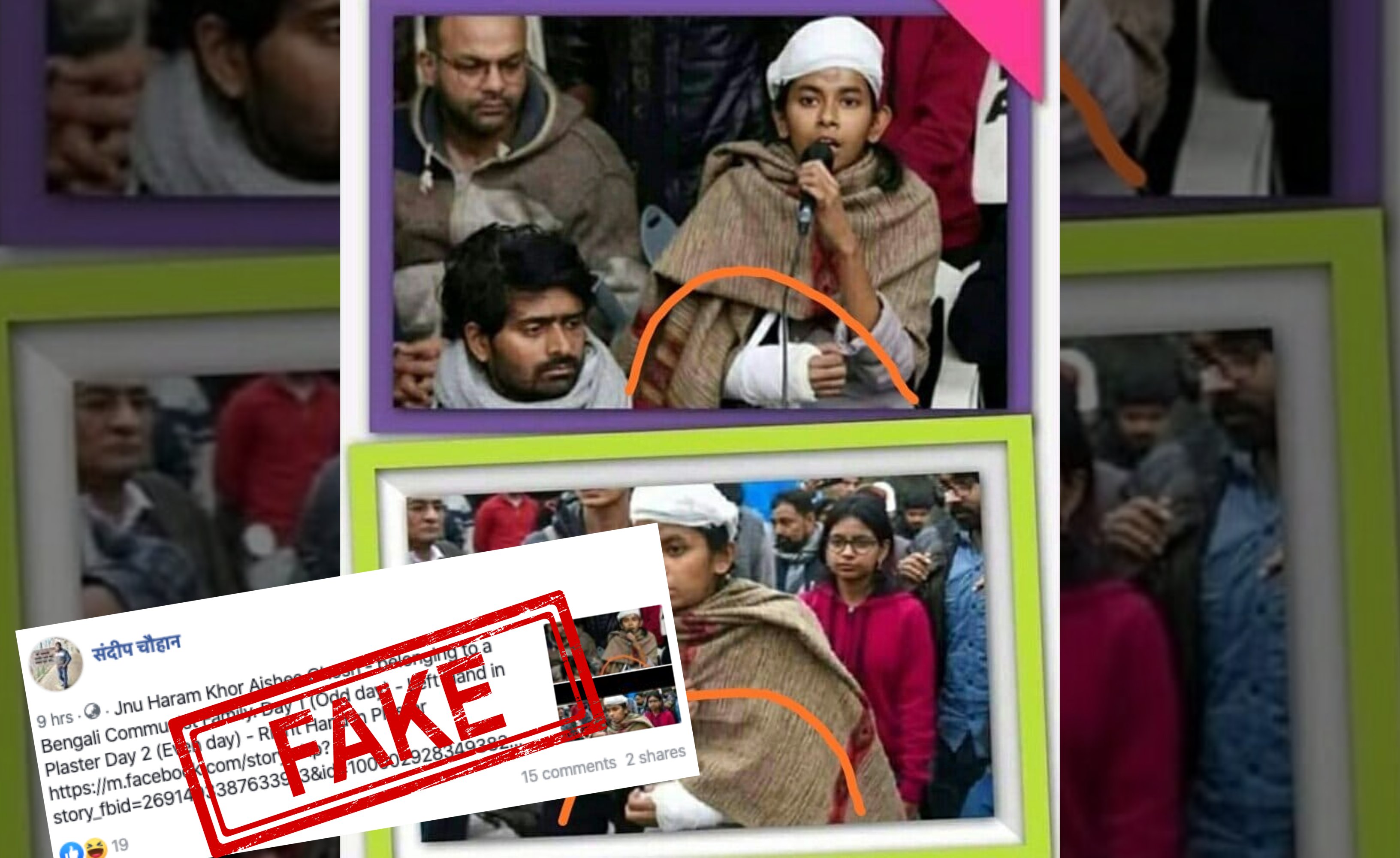 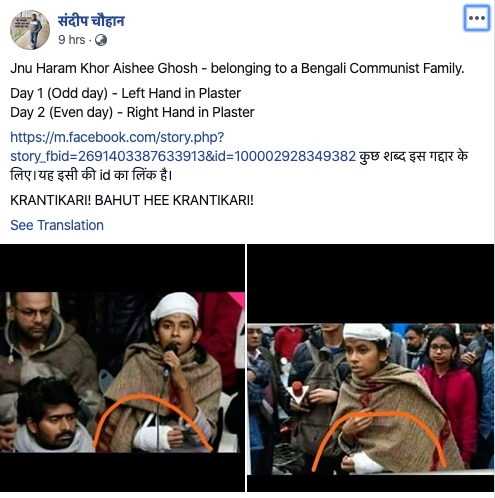 In the caption, it was claimed that Aishe was faking her injury.

NewsMobile fact-checked the above post and found it to be misleading as one of the two pictures is morphed.

On putting the picture, in which she is speaking, through Reverse Image Search, we came across the original picture, which shows that the plaster on Aishe’s left hand.

The above picture was taken while Aishe was addressing the media on January 6th, 2019, a day after the violence broke out on the campus. 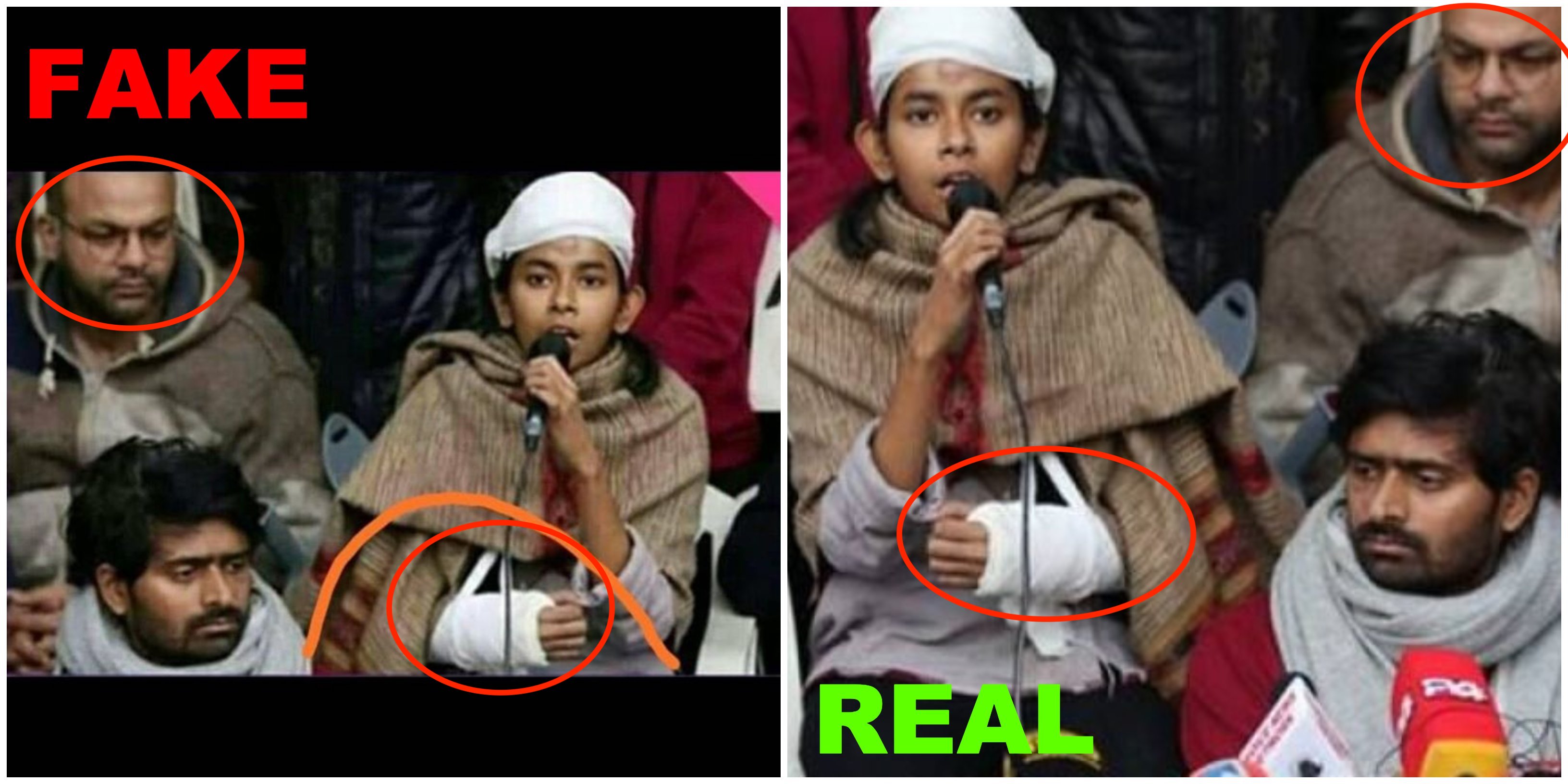 In the above FAKE vs REAL collage, it is clear that the original picture was flipped to create a false narative.

NewsMobile was also present during Aishe’s press briefing and in the above video, the plaster can be seen on her left hand.

Hence, the above information proves that the viral set of pictures with the attached claim is misleading.