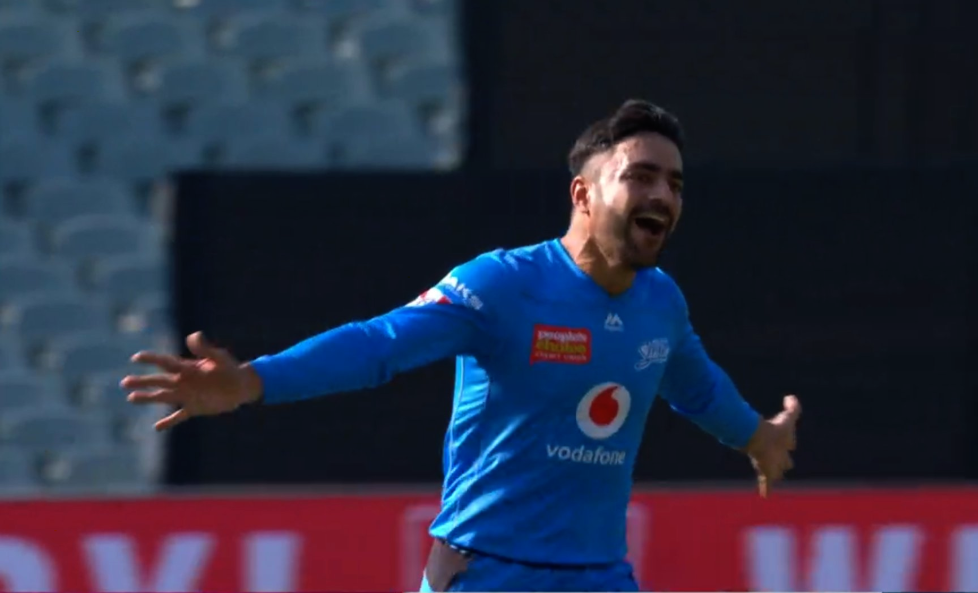 Afghanistan and Adelaide Strikers all-rounder Rashid Khan on Wednesday scripted his fifth hat-trick in the shortest format of the game.

BBL’s official handle tweeted the video of Rashid’s hat-trick and captioned the post as — “He’s done it! A hat-trick for Rashid Khan! What a moment #BBL09”.

Rashid has been setting the tournament ablaze with this quickfire knocks. He has also been using a ‘camel’ bat in the tournament, and it has garnered quite a lot of attention.

But the batsman failed to trouble the scores against Sydney Sixers in the ongoing match.

In the ongoing match between Strikers and Sixers, the latter won the toss and opted to bowl first.

Strikers kept on losing wickets at regular intervals and hence was restricted to 135 in the allotted twenty overs.