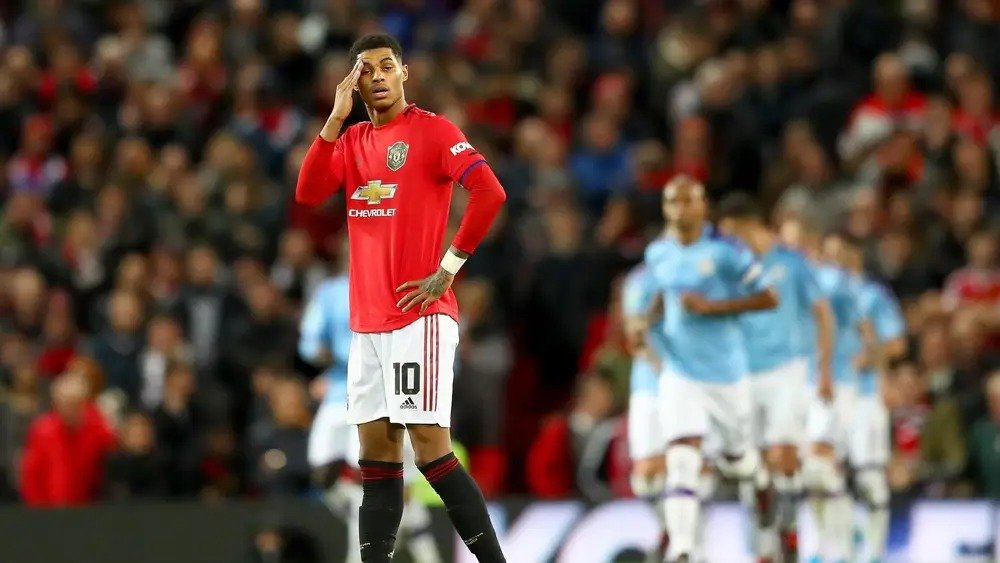 Manchester United’s manager, Ole Gunnar Solskjaer, claims that the ‘Men in Red’ have a mountain to climb after the humiliating defeat by their local rivals in a cup semi-final. Trailing 3-0 at home in the first half, Solskjaer said, ‘this is the worst 45 minutes by the team in the season’ and in the end, Manchester City emerged glorious with a 3-1 win over the Red Devils at Old Trafford.

After a one-sided first leg of the English Cup semi-finals, there were hints of frustration that the score wasn’t higher after how things played out in the first half. City’s manager Pep Guardiola said, “Of course, Manchester United can come back”, with the second leg at Etihad Stadium in mind on January 29th. “They have a shirt which means history and pride”. 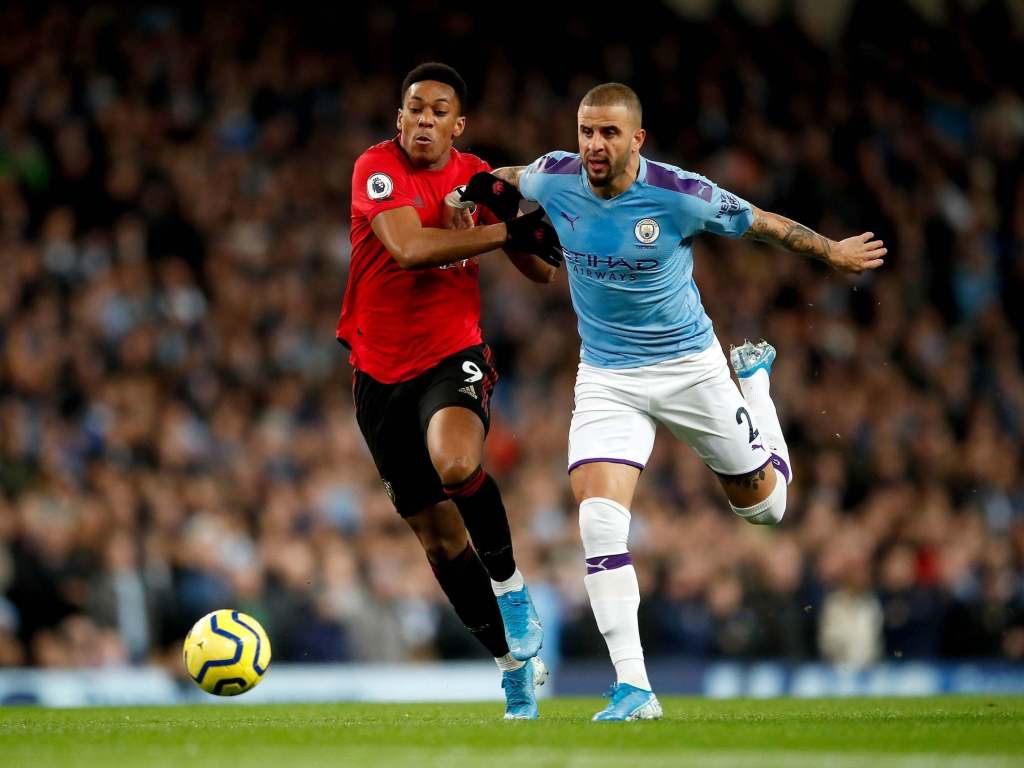 Manchester City put on a show during the first half, by netting three goals from the 19th to the 38th minute and looking like scoring every time the team went forward. City’s midfielders, Guardiola, fled his midfield position to dominate possession and aggressively attack. The visitors went 3-0 up with courtesy of an own-goal by Andreas Pereira, it revived memories of the 6-1 win severed upon this legendary ground by Roberto Mancini’s City in 2011. It was the first time since 1997 that United conceded three first-half goals in a match at Old Trafford.

However, United managed to avoid conceding any more goals and a 70th-minute strike by Marcus Rashford gave the team a ray hope heading int0 the second leg. Solskjaer said, “We’ve shown before we have been down from a home tie and turned it around and PSG is the latest example of that and we believe that we can put on a show”.

City’s midfielders deviously picked their moments to charge forward and left a huge impact on United’s defence. Bernardo Silva was unchallenged as he advanced toward the edge of United’s penalty area and drove a powerful, curled shot into the top corner in the 17th minute of the game with goalkeeper David De Gea unable to stop it. 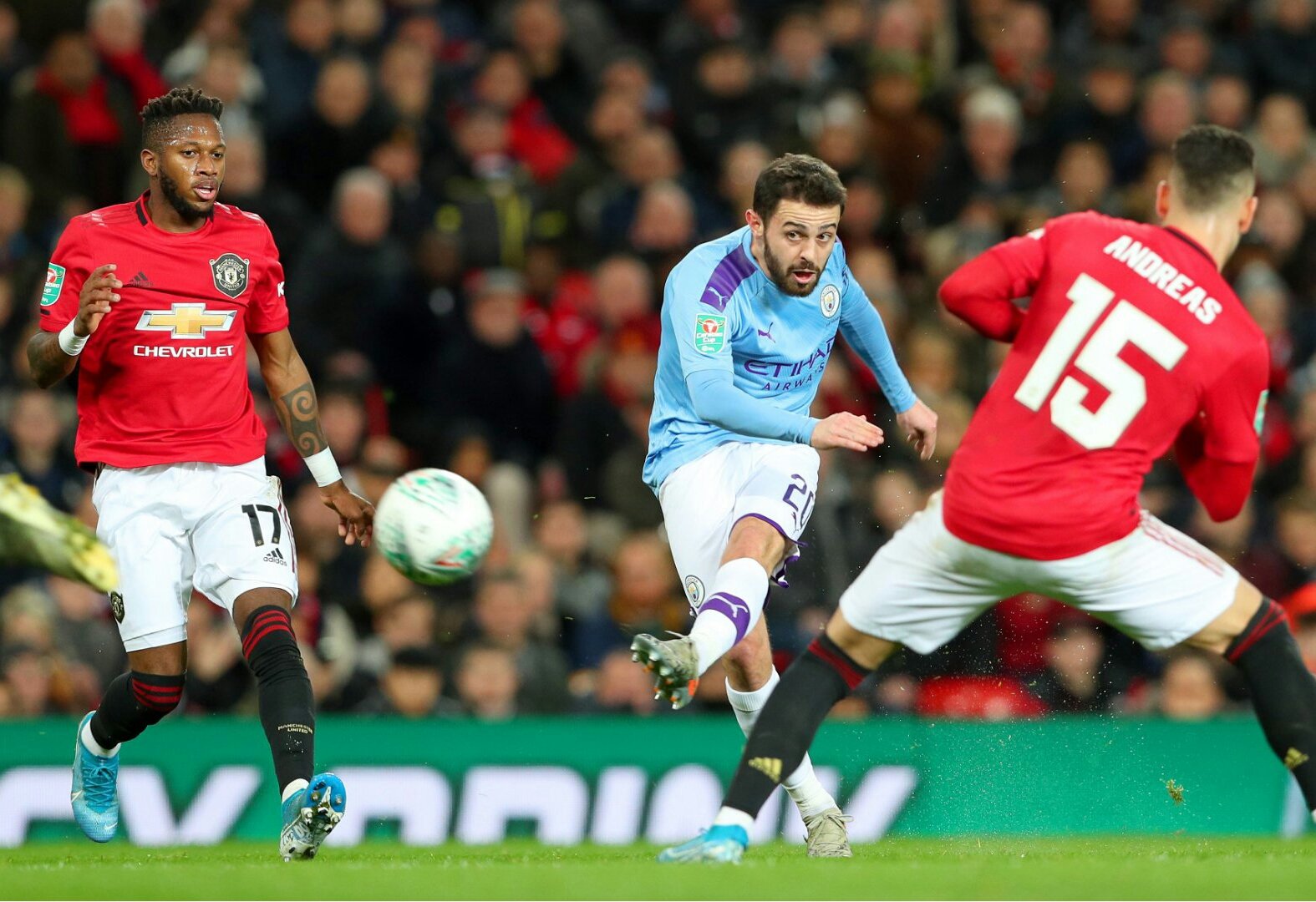 The Portugal game maker ghosting in the space in the centre of the field and threaded a perfectly weighted through ball to Riyad Mahrez, who ran onto the pass, rounded De Gea and the ball went into the net in the 33rd minute.

It got worse for United 6 minutes later, as the defence opened up and Kevin De Bruyne went round Phil Jones with ease and fired in a left-footed shot that was saved by De Gea, only for the ball to deflect off the shin of Pereira and into the net.

Mason Greenwood slipped a well-timed pass into the path of Rashford, who took a touch and finished a low ball past City’s goalkeeper Claudio Bravo.