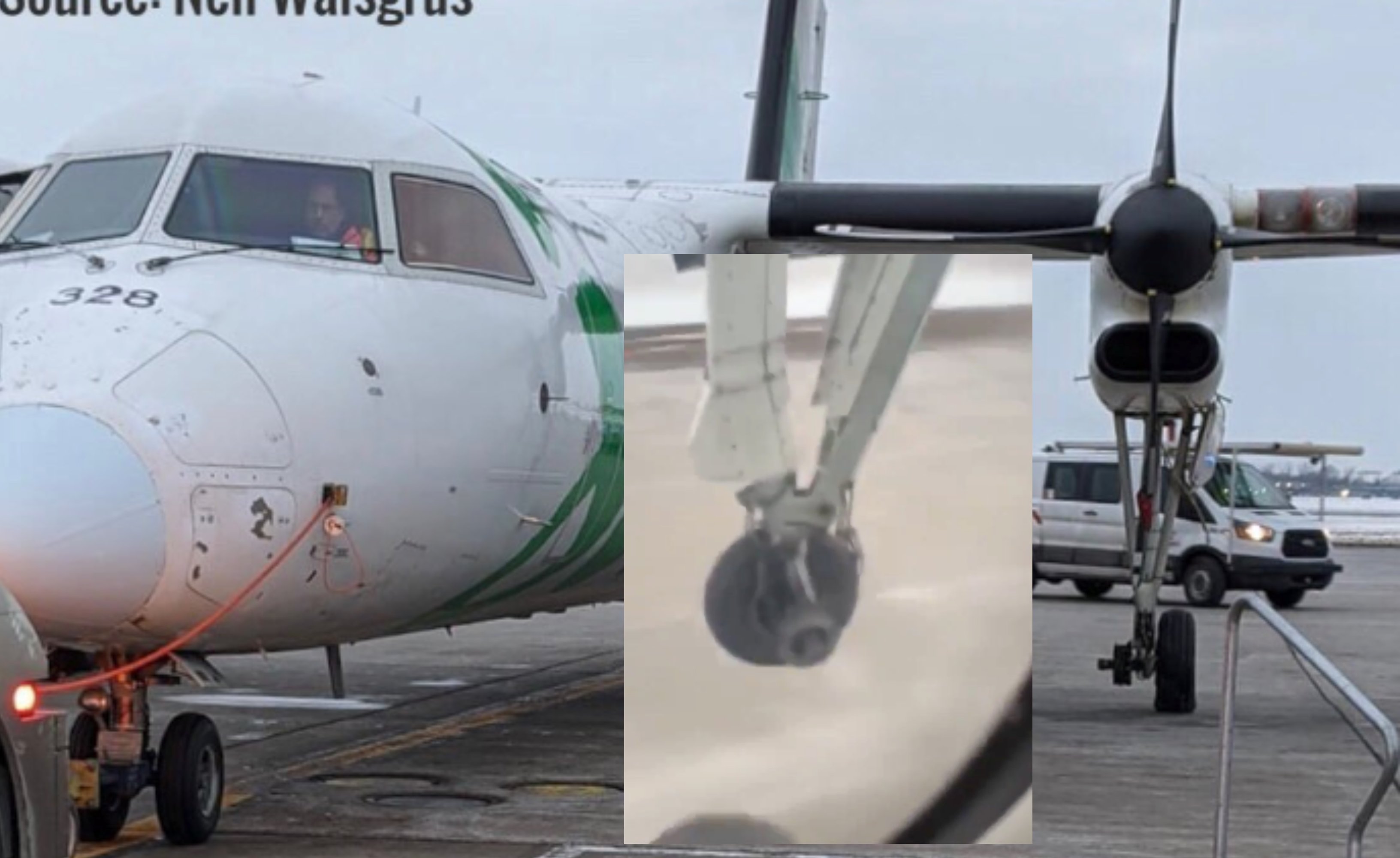 The Air Canada flight, operated by Jazz Aviation, was flying from Montreal-Trudeau airport to Saguenay-Bagotville airport January 3rd when a horrific incident took place which was recorded and went viral on social media.

During the take-off from Montreal en route to Bagotville (flight AC8684), one of the two wheels of flight AC8684 on the left main landing gear caught on fire and detached, Jazz Aviation spokesperson told the media.

VIDEO Air Canada Jazz #AC8684 to Saguenay lost their inside left main landing gear wheel as it departed Montreal yesterday. Sparks were seen prior to separation. The flight returned safely to Montreal. pic.twitter.com/9T7mgNnUup

The flight with 49 passengers on board, could not complete it’s the route and had to abandon the journey and turn back. It was reported that none of the passengers was injured or harmed and the flight landed safely.

Jazz Aviation said in a statement, “The experienced pilots maintained complete control of the aircraft” and the pilots are well-trained to handle such situations and responded professionally according to the standard operating procedures. Emergency vehicles and ground support were called as a precautionary measure.

EXTENDED VIDEO Air Canada Jazz #AC8684 to Saguenay lost a wheel as it departed Montreal yesterday. Sparks were seen prior to separation. The flight returned safely to Montreal.
Video shows departure & wheel falling off, passengers being calm and a smooth landing. pic.twitter.com/o9ey0baikJ

A video of the landing gear wheel catching fire and falling off an Air Canada plane during take-off has gone viral and which was shot by a passenger and uploaded on Twitter, where the caption said, “‘so well, I’m currently on a plane that has just lost a wheel … 2020 starts pretty well,”

Through the expertise of the pilots of flight AC8684, the plane landed with no casualties and the plane was immediately sent for repairs. This is not the first time this is happening, in 2019 a plane had to make an emergency landing in Kenya after one of its wheels fell off during takeoff.