Pakistan Prime Minister Imran Khan on Friday tweeted a video of what he claimed was police action in Uttar Pradesh but turned out to be of an incident that took place in 2013 in Dhaka, Bangladesh.

“Indian police’s pogrom against Muslims in UP,” Khan had tweeted. 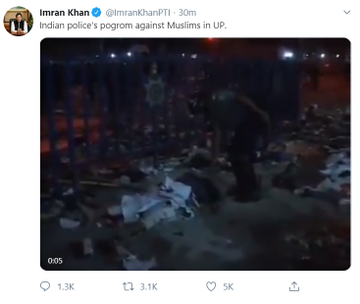 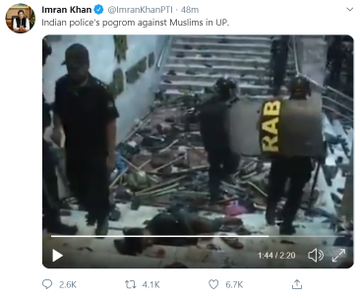 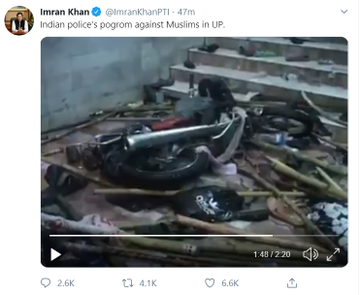 He, however, deleted the video after facing a massive backlash on social media for posting the fake video.

Not a good look for the PM of a country to spread fake news. This video is from Bangladesh. (I say this as a critic of Uttar Pradesh police excesses.) pic.twitter.com/EwVAukYBji

Incase you are wondering why did the PM tweet a wrong video. pic.twitter.com/LadmKDwcRe

We have all advised @ImranKhanPTI not to tweet after 7 pm but he just doesn’t listen. This is a 8 year old video from Bangladesh.

The seven-year-old video showed police action against a group of people in Bangladesh. At one point in the video, a policeman could be seen holding a shield of Rapid Action Battalion (RAB), proving it to be a scene from Bangladesh.

The RAB is an anti-terrorism unit of the Bangladesh Police.