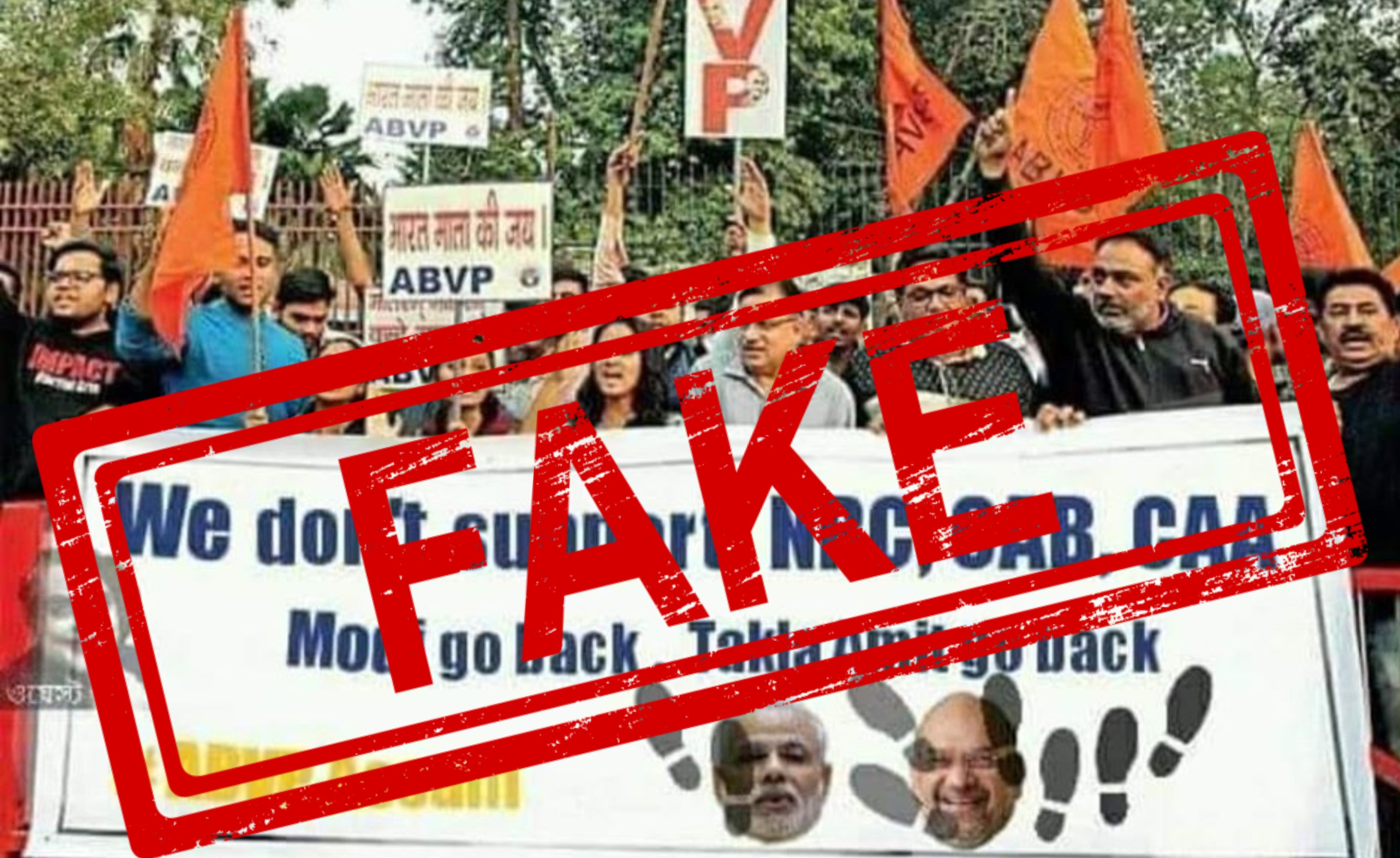 Following several protests over the Citizenship Amendment Act, 2019, a picture is making rounds on social media which depicts that members of BJP’s student wing, Akhil Bharatiya Vidya Parishad (ABVP) are demonstrating against CAA and NRC in Assam.

The caption with the picture read: “ASSAM ABVP PROTESTING AGAINST CAA, NRC, NPR!”

ALSO READ: Railway station vandalised in Kolkata? Here’s the truth behind the viral…

On putting the picture through Reverse Image Search, we came across an article dated December 19th, 2019 on Ahmedabad Mirror which featured the original picture. 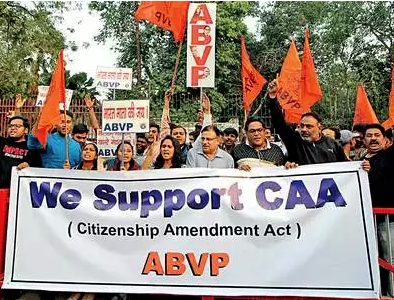 In the original picture, the text on the banner read – ‘We support CAA’.

The report suggested that ABVP members of Ahmedabad had gathered at Sabarmati Ashram to support Citizenship Amendment Act (CAA).

The above FAKE vs REAL collage clearly shows that the original picture was manipulated using photo editing software to create a false image.