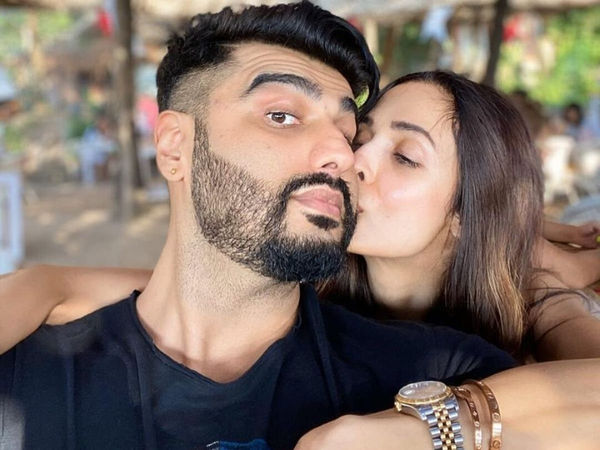 Actor Arjun Kapoor’s relationship with Malaika Arora has been a constant feature in gossip columns.

Today, Malaika took to Instagram to share an adorable photo with Arjun as they unwind and relax in the beautiful beaches of Goa. Malaika left a kiss on Arjun’s cheek as he clicked a selfie. While sharing the photo, she wrote in the caption, “Sun, star, light, happiness…….2020.”

Check out the adorable photo below.

In the work front, Malaika Arora was last seen as one of the judges on the TV reality show India’s Got Talent. She also appeared in the track Hello Hello from the 2018 film Pataakha.

Arjun Kapoor, on the other hand, was last seen in Ashutosh Gowarikar’s Panipat, in which he co-starred with Kriti Sanon and Sanjay Dutt. The actor will next be seen in Sandeep Aur Pinky Faraar, alongside Parineeti Chopra.