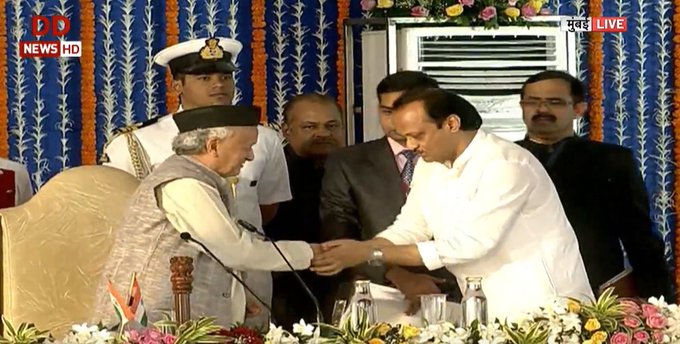 The expansion of Maharashtra Chief Minister Uddhav Thackeray’s cabinet took place on Monday more than a month after the alliance government was formed in the state.

Nationalist Congress Party (NCP) leader Ajit Pawar took oath as the Deputy Chief Minister of Maharashtra whereas Aaditya Thackeray was sworn in as a minister in the cabinet.

.@AUThackeray takes oath as a minister in the #Maharashtra Government. #MaharashtraCabinetExpansion

Thackeray was sworn in as the chief minister at the iconic Shivaji Park in Dadar on November 28. A small Cabinet comprising six ministers -two each from Congress, NCP, and Shiv Sena – were also sworn in by Governor Bhagat Singh Koshyari.

The Shiv Sena, the Nationalist Congress Party (NCP) and the Congress joined hands to form the government in the state after Devendra Fadnavis resigned.