Former chief minister Rabri Devi’s daughter in-law, Aishwarya Rai, has levied allegations of physical assault on her mother-in-law, in Patna on Sunday and accused the former state chief minister of forcing her out of the residential bungalow.

This is the second time in the past few months when Aishwarya has accused her in-laws of mistreating her. “Rabri Devi pulled my hair and assaulted me. Then I was forced out of the house by the bodyguards deputed at the 10 Circular road house,” she said. 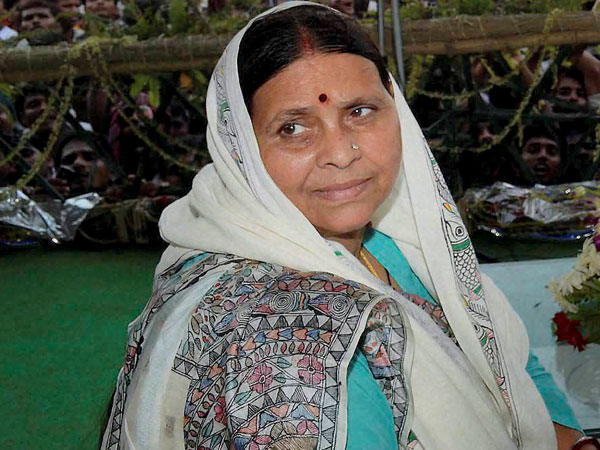 As soon as the reports came, her father and MLA Chandrika Rai rushed to The Yadav residence. According to sources, a FIR was filed against Rabri Devi at the Sachiwalaya Police Station and Aishwarya was taken to a local hospital for an injury.

On getting information about the alleged scuffle between Aishwariya and former chief minister Rabri Devi, a police team of Sachivalaya police station visited the 10, Circular Road residence.

Aishwarya is married to RJD chief Lalu Prasad’s elder son Tej Pratap Yadav. She came out of the bungalow located in the VVIP zone of Patna at around 6 pm and spoke to the media present there. She narrated her part of the story and sad that she was forced out of the house by bodyguards after an alleged scuffle with the Rabri Devi.

The couple were together for a brief period, as Tej Pratap filed for a divorce in November, 2018. The matter is in court.

Speaking to the media, Aiswharya said her tiff with Rabri Devi started in the day when she enquired from her mother in-law as to why posters having some obscene references about her father Chandrika Rai had come up at B N College.
“This infuriated my mother-in-law and she dragged my hair causing me great pain. Then I was forced out of the house by the security personnel. I am grand daughter of former chief minister Daroga Rai and see, how I am being treated here,” she said.

By late evening, RJD leader Tejashwi Prasad Yadav, had also issued a statement stating that these were diversionary tactics by his political rivals to divert attention from core issues.

Earlier in the year, Rai had accused her mother-in-law and sister-in law Misa Bharti, a Rajya Sabha MP, of denying her food and misbehaving with her.