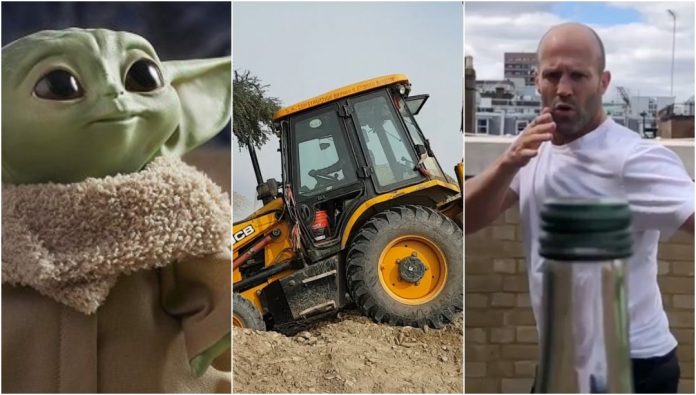 From baby Yoda to JCB, netizens left nothing when it came to meme-making, 2019 was no different. This year, we saw some interesting and hilarious memes.

One of essentially the weirdest memes of the year was ‘JCB ki khudayi’. The trending hashtag had people sharing photos of excavators and things they could do with it.

Me: what do you love the most

During the Cricket World Cup, ICC tweeted a GIF of a person, later recognized as Muhammad Sarim Akhtar, that rapidly grew to become a viral meme.

Gonna tell my kids that these are AK-47s.. pic.twitter.com/bttssCVDjI

Gonna tell my kids this was
Kylie Jenner and Travis Scott pic.twitter.com/WsZkCWIVDc

‘Baby Yoda’ by the fans, the little green guy has managed to flood the Internet with some hilarious memes

2019 was filled with some great memes, tweets, and parodies based on the 8th season of Game of Thrones.

A split-screen meme involving a lady yelling at a cat has been one of the most popular Internet memes this year. The meme features Taylor Armstrong from The Real Housewives of Beverly Hills and a white cat known as Smudge.

A wide variety of humour joined forces under the banner of Area 51 and the meme community is definitely better off for it.

He’s training to free the aliens at Area 51… pic.twitter.com/5oz1Q5rUZ6

I got y’all on snacks 🙏🏽 pic.twitter.com/oRnv25IS9R

Not all Internet memes are hilarious, some of them are just too interesting. The bottle cap challenge is one of those memes.

#bottlecapchallenge #challengeaccepted @erlsn.acr This thing landed on my head from @johnmayer but will quickly go to a couple of fellas we’ve seen do push ups badly. All yours @guyritchie and @jmoontasri

I couldn’t resist 😉 #BottleCapChallenge Inspired by my action idol @JasonStatham, I will repost/retweet the Best I see, come on Guys and Girls get your Bottle out and your Legs in the Air, Let’s Do This 💪🏽 #FitIndia #WednesdayMotivation