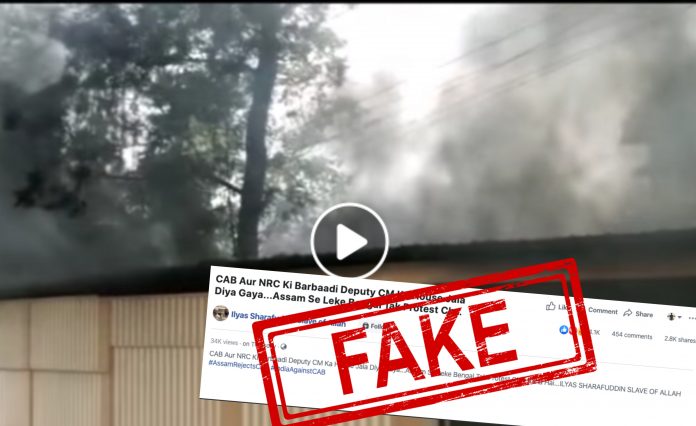 A video post is making rounds on social media which claims that Arunachal Pradesh Deputy Chief Minister’s house was set on fire as part of the protests against the NRC and CAB.

In the video, a man can be seen describing the incident. The video also features visuals of a house being burnt. 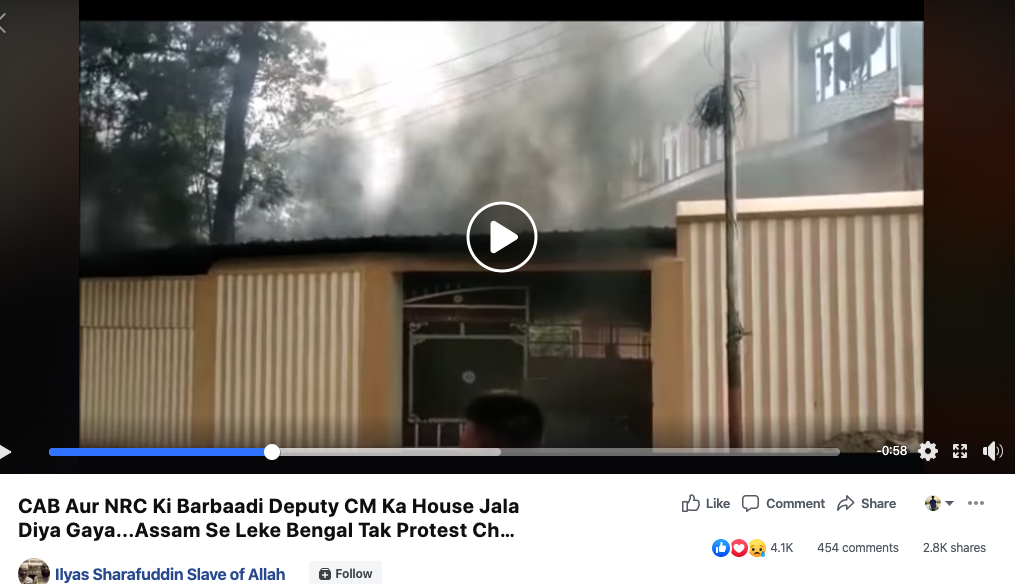 At the time of filing this report, the above video was shared by over 2,800 Facebook users.

The team of fact-checkers at NewsMobile checked the above post and found the claim attached to the video to be FAKE.

Firstly, at 00:16 minute of the video, there is a screengrab of a news report with the headline: “Shocking VisualsOf Dy CM’s House Burnt By Protestors”. It can be seen the article is dated February 24th, 2019. 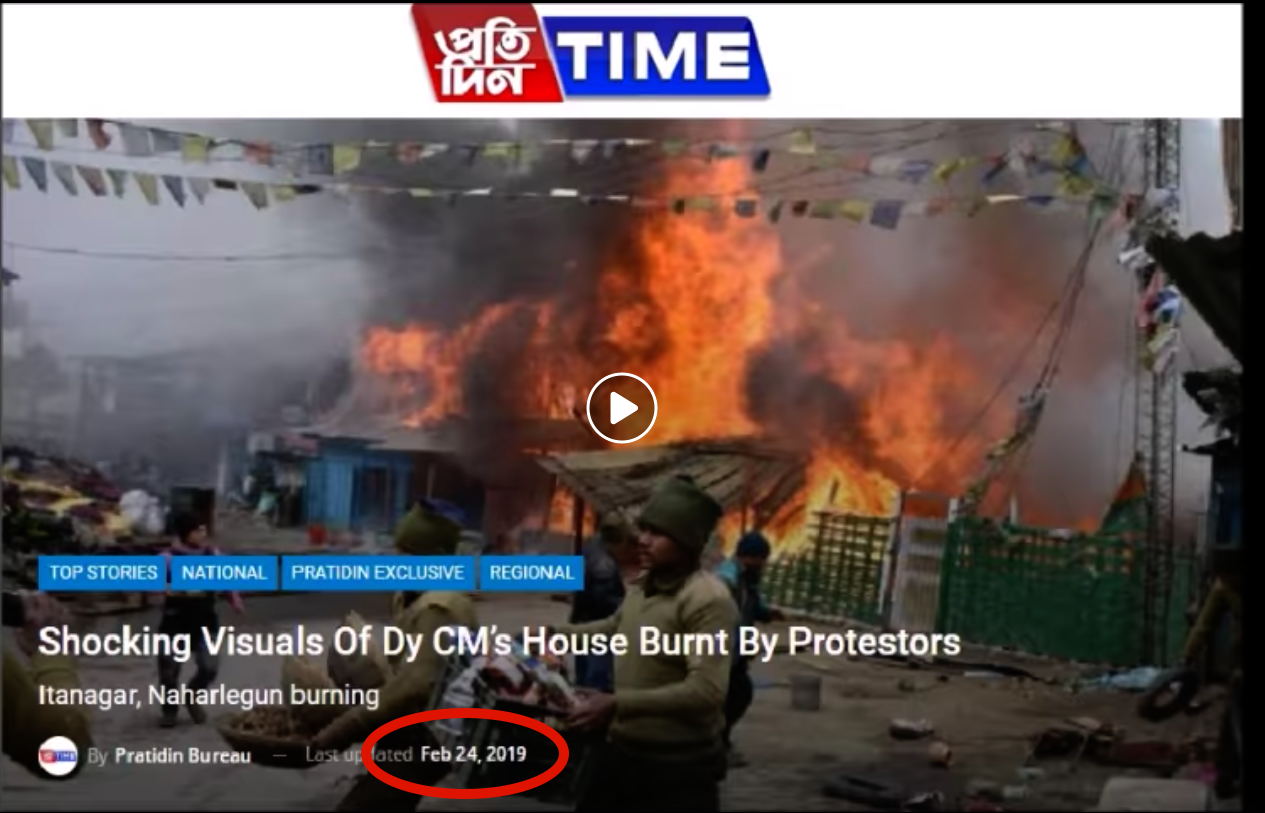 On investigating further, came across several reports of Deputy Chief Minister’s house being burnt on February 24th, 2019 during the protest over Permanent Residence Certificate (PRC). 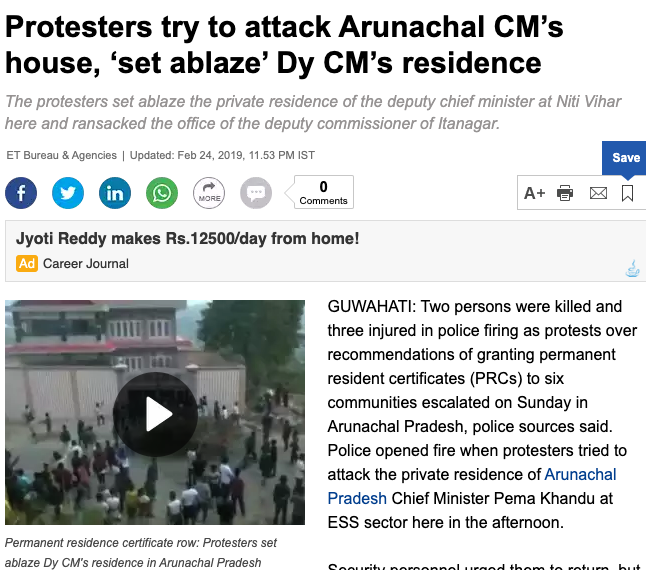 In conclusion, the above information proves that the video is old and not related to protests over Citizenship Amendment Bill 2019.