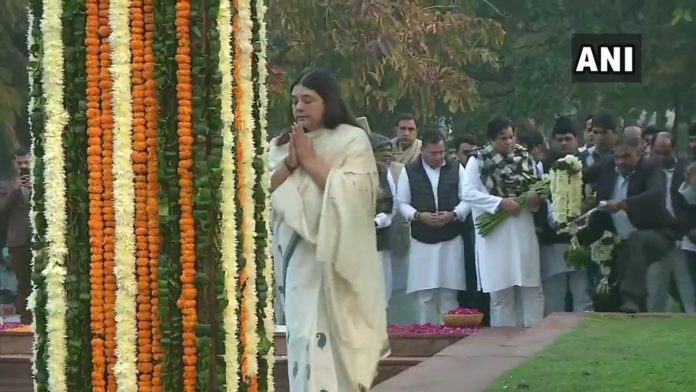 BJP leader and member of parliament Maneka Gandhi along with her son Varun Gandhi, paid tributes to late Congress leader Sanjay Gandhi on his 73rd birth anniversary in New Delhi on Saturday.

Sanjay Gandhi, born on December 14, 1946, was the younger son of former late Prime Minister Indira Gandhi. He died in an air crash on 23 June 1980 near Safdarjung Airport in New Delhi.

He was flying a new aircraft of the Delhi Flying Club, and, while performing an aerobatic manoeuvre over his office, while it lost control and crashed.

Maneka Gandhi is Lok Sabha MP from Sultanpur while Varun Gandhi is MP from Pilibhit from Uttar Pradesh. Maneka was Minister of Women and Child Development in the first term of Prime Minister Narendra Modi led government.