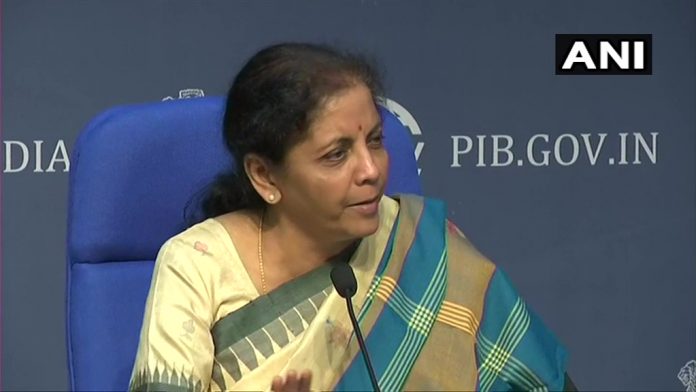 On the investment side, the government has taken steps to boost investment, support real estate, credit expansion, corporate tax and bank recapitalisation.

“The government has been working for the economy where it is needed. Results have started showing for the economic reforms we have taken,” she said while addressing a press conference here along with Chief Economic Advisor K V Subramanian and Revenue Secretary Ajay Bhushan Pandey.

On onion prices she said “At many places, onion prices have fallen down. We have a Group of Ministers, which is reviewing the situation regularly and deciding on how to further take up the import-related issues regarding onions. The onion crop was damaged due to heavy rains and flood,” said Sitharaman here at a press conference.

Subramanian also said that under the new external benchmarking scheme announced by the Reserve Bank of India, more than 8.18 lakh or Rs 72,201 crore worth of loans were sanctioned till November 27.

“Within two days of cabinet approval, 17 proposals worth more than Rs 7,000 crore were approved. Proposals worth Rs 20,000 crore will be approved over the next two weeks under the partial credit guarantee scheme,” he said.