Home Home Slider FACT CHECKED: This viral picture is NOT from the encounter of Hyderabad... 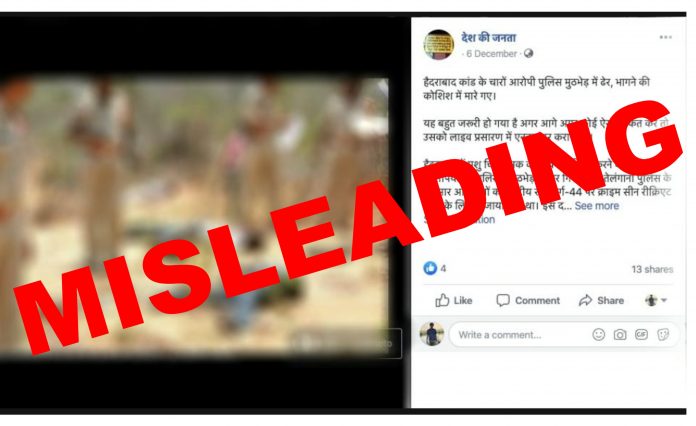 A picture is making rounds on social media and it has been claimed that it is from the scene of the recent encounter of the four accused of the horrific rape incident of the Hyderabad veterinary doctor.

(Translation: Four accused of Hyderabad rape incident killed in a police encounter, who were trying to escape) 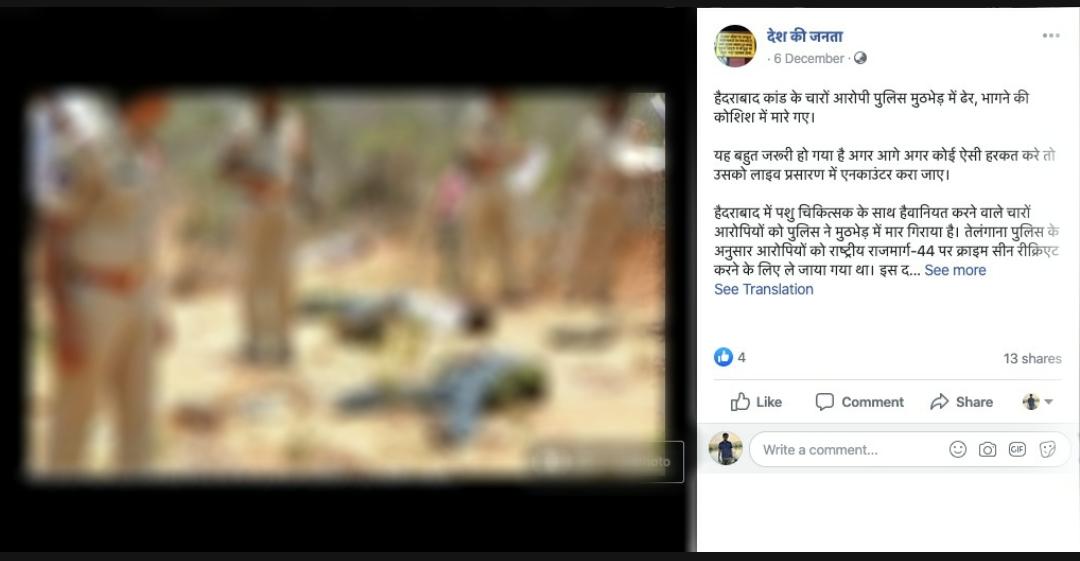 When NewsMoible fact-checked the above post, we found that the viral picture is not from the recent encounter.

On putting the picture through Reverse Image Search, we came across a news article on The Hindu dated April 07th, 2015, according to the article, the picture is from Tamil Nadu’s Seshachalam forest where 20 woodcutters were killed by Andhra Pradesh police. 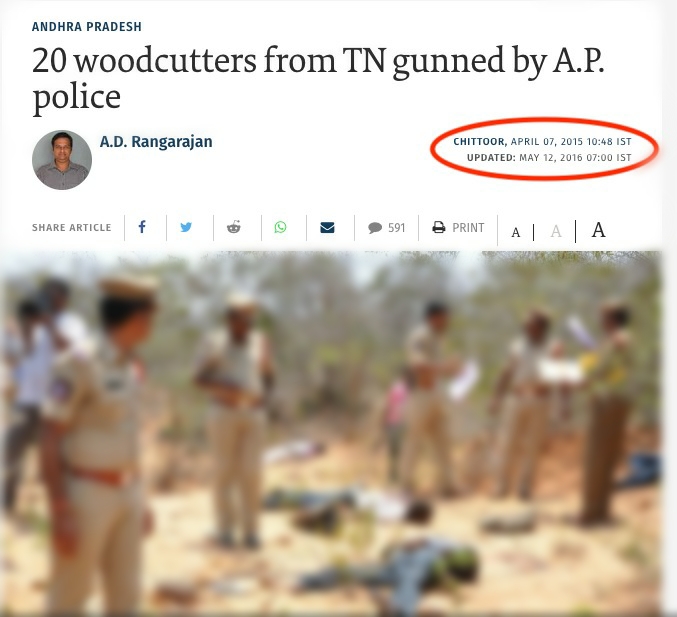 Hence, the above information proves that the above post is misleading.