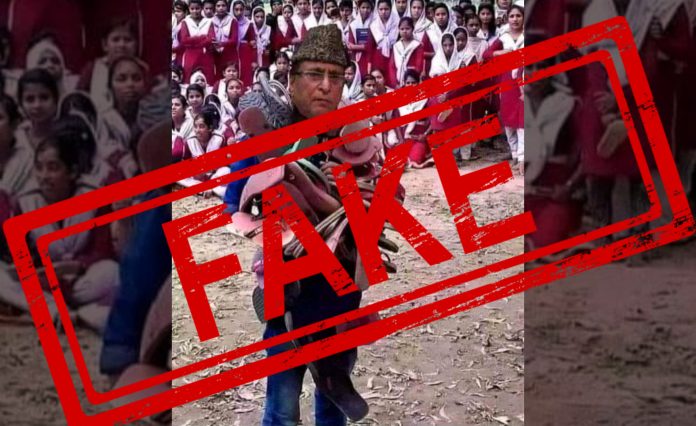 A picture is making rounds on social media in which Samajwadi Party (SP) leader Azam Khan can be seen holding a pile of slippers. 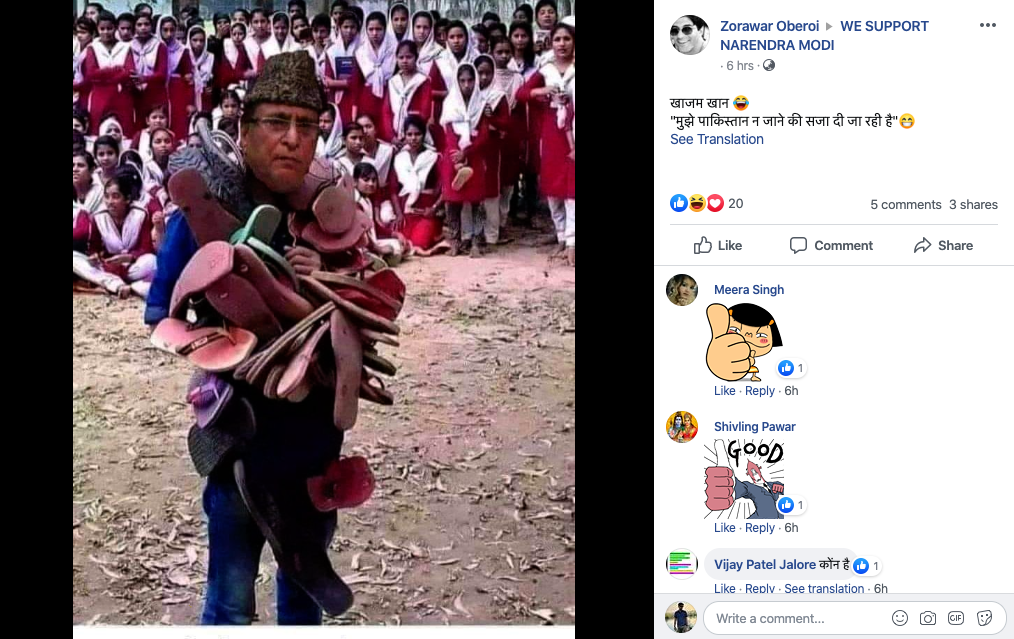 On putting the picture though Reverse Image Search, we found the original picture in which it was a young boy who was actually holding the pile of slippers. 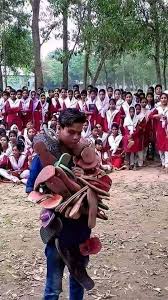 On digging further we found came across a news report dated August 22nd, 2017 which had featured the original picture. According to tho the article, the picture is from Bangladesh and the boy in the picture is Mustafa, the 12th-grader studying in Sagardighi School and College who was punished by garlanding him with slippers after he was found guilty of molesting a ninth-grade student of Basbaid High School. 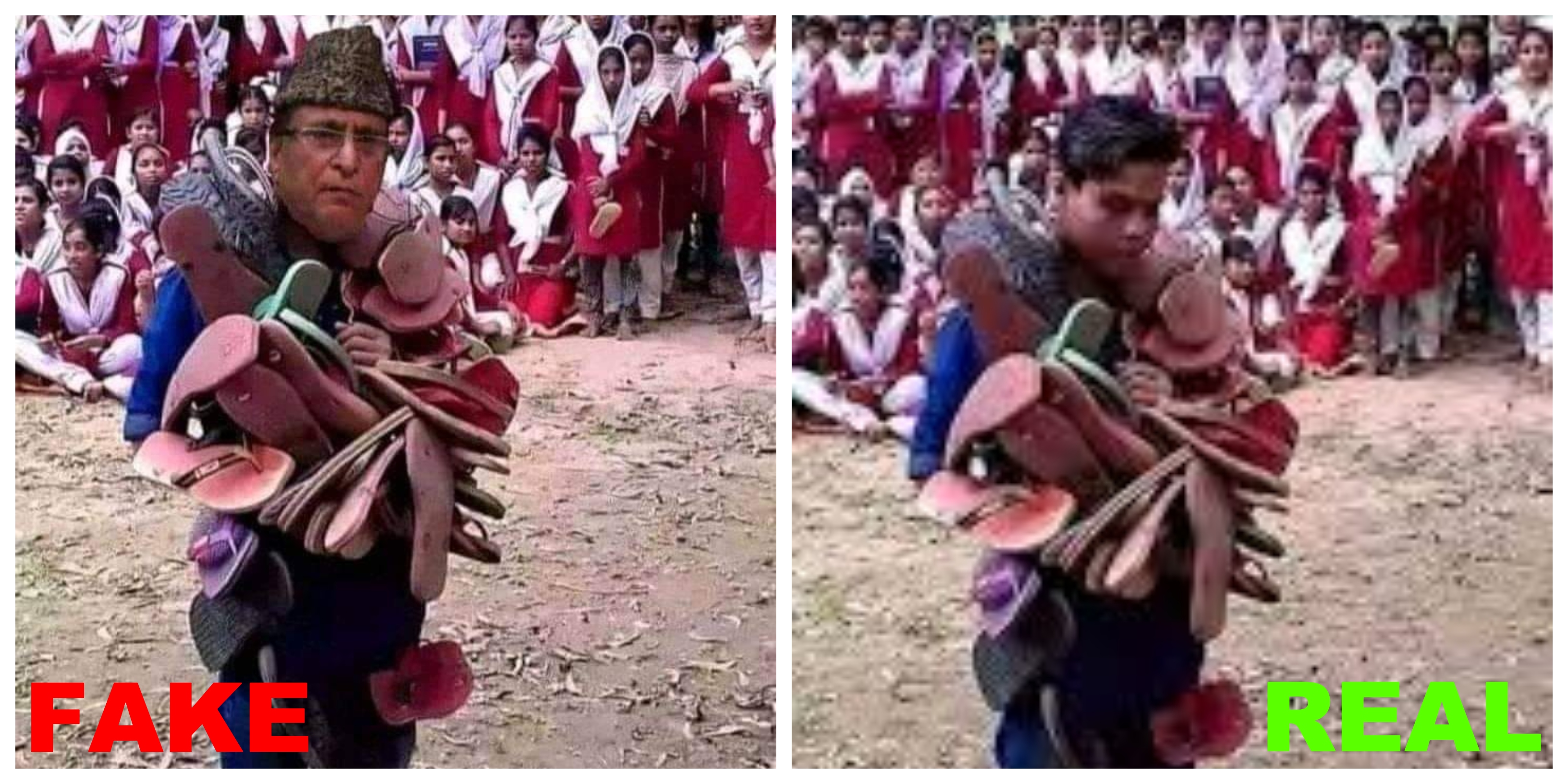 In the above FAKE vs REAL collage, it is clear that Azam Khan’s face was superimposed on the original picture using photo editing software.