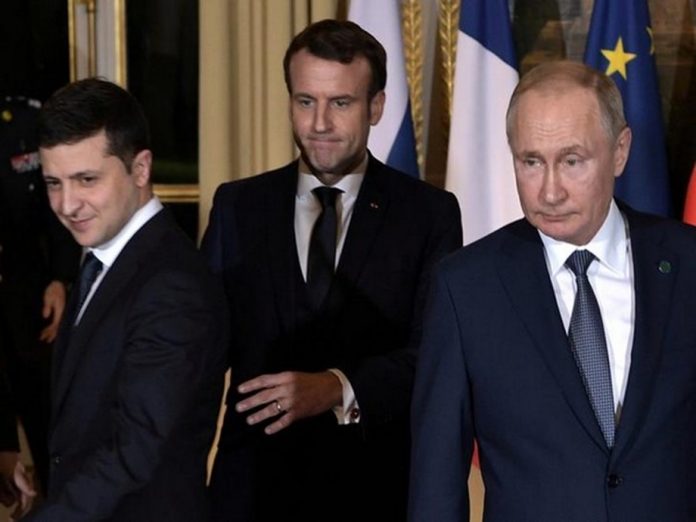 Russia and Ukraine have agreed to exchange all remaining prisoners from the conflict in east Ukraine by the end of December.

The first prisoners’ swap took place in early September. Russia and Ukraine released 35 prisoners each of the other side.

Russia and Ukraine have been in a conflict since 2014 when the former annexed Crimea. Ukraine blames the Kremlin for separatist violence in east Ukraine. Zelensky, a comedian-turned-politician was elected earlier this year on a promise to resolve the conflict in the region.

During the meeting, however, both leaders failed to reach a consensus on the region’s status. According to Al Jazeera, the body language of the two leaders was cold without a public handshake and eye contact.

“We have made progress on disengagement, prisoner exchanges, ceasefire, and political evolution,” Macron said at a news conference at which Zelensky and Putin sat separated by Merkel and Macron. “We have asked our ministers in the coming four months to work on this … with a view to organising local elections in four months,” he said, acknowledging there remained differences on the calendar”.