South Africa’s Zozibini Tunzi has been titled Miss Universe for the year 2019 who was competing with more than 90 contestants, from around the globe.

The 26-year-old was won the world’s biggest beauty pageant at an event hosted by American comic-turned-TV personality Steve Harvey, held at Tyler Perry Studios on Sunday.

This is the third Miss Universe crown for South Africa, with Demi-Leigh Nel-Peters being declared the winner in 2017. 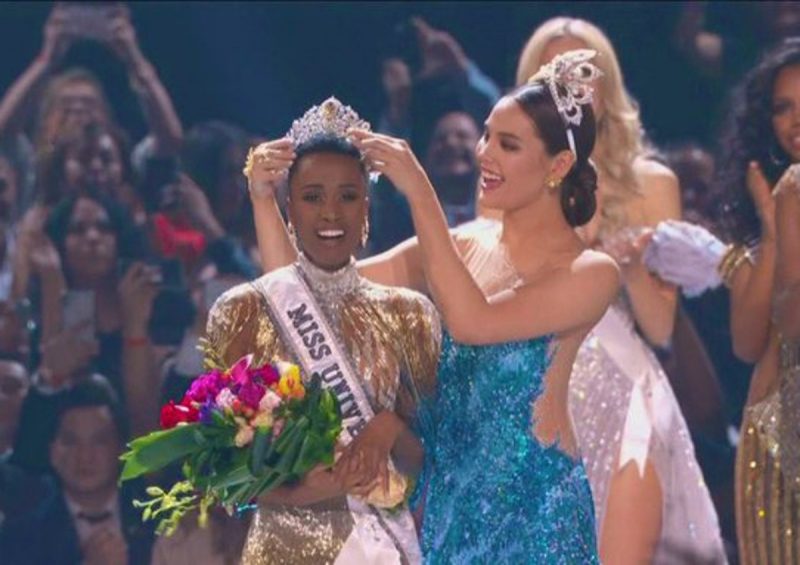 Tunzi was born in Tsolo, Eastern Cape to parents Philiswa Nadapu and Lungisa Tunzi. She later moved to Cape Town to attend the Cape Peninsula University of Technology, where she graduated with a bachelor’s degree in public relations and image management in 2018.

She worked as a graduate intern in the public relations department of Ogilvy Cape Town.

Tunzi was appreciated when she gave her closing speech in which she talked about wanting to empower young women to feel confident.

She returned to pageantry to compete in the Miss South Africa 2019 competition and was selected to continue as one of the top 35 semifinalists after being confirmed as one on 26 June 2019.

“I grew up in a world where women who look like me with my kind of skin or my kind of hair are not considered to be beautiful, I think that it is time that this stops today. I want children to look at me and see my face, then see their faces reflected in mine,” Zozibini Tunzi said on stage before she was crowned Miss Universe 2019.
The announcement of the winner was made on Miss Universe’s official Instagram account.

Indian contestant Vartika Singh crashed out of the contest after securing a place in the top 20.

Miss Puerto Rico Madison Anderson was named the first runner-up, followed by Mexican contestant Ashley Alvidrez as the second runner-up. Also part of the top 5 were Colombia and Thailand.

Miss Universe 2018 Catriona Gray, from the Philippines, presented Tunzi with the crown.