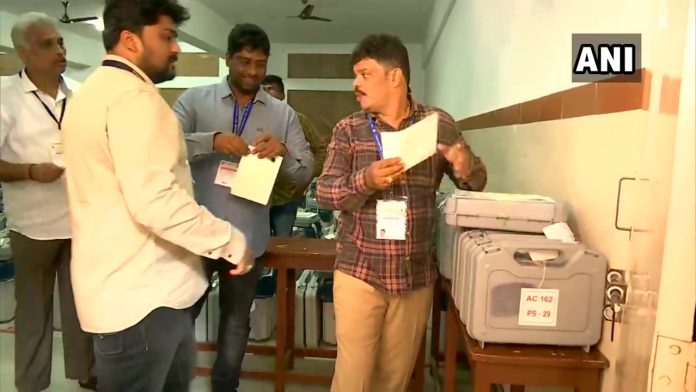 The counting of the votes commenced from 8 am today and results are likely to be declared by this afternoon. The result will not just decide the fate of BJP government in the state but also of those thirteen rebel MLAs who had sought the re-election following their resignation from erstwhile Congress-JD(S) coalition.

Yediyurappa confidently said that BJP will win at least 13 seats and the government will be “safeguarded”.

The elections were held for 15 Assembly seats which were left vacant after the legislators resigned in July, triggering the collapse of the Congress-JDS coalition and paving the way for the BJP to come to power.

Resignations tendered by the MLAs reduced the majority mark in the 224-strong Assembly to 104.

The BJP with its 105 MLAs formed the government in the state. At present, there are 207 MLAs in Karnataka Assembly with 104 required for a majority. With the election of 15 MLAs, the number of MLAs in the Assembly would go to 222.

With that, the BJP would require 112 MLAs for a majority in the Assembly.