Home Home Slider When you get past 30, end is nearer: Ernesto Valverde on Messi’s... 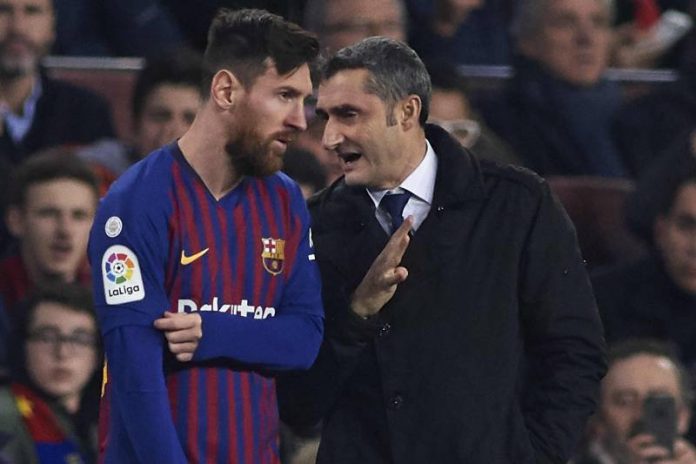 Amidst ongoing speculations regarding Argentine striker Lionel Messi’s retirement, Barcelona coach Ernesto Valverde has said that when a player goes past the age of 30, the end is somehow nearer.

His remarks come after Messi’s admission that his physical fitness will determine how long he will continue to play football.

“It’s something natural, he’s 32 years old. I don’t think he’s going to retire tomorrow or in three days, but when you get past 30, you see that the end is nearer. The subject is given too much thought,” Valverde was quoted in a report as saying.

The Barcelona star was awarded his sixth Ballon d’Or on Monday and as a result, he went past Cristiano Ronaldo to bag the award for the maximum number of times.

Ronaldo has won the prize five times and he last won it in 2017.

Valverde also said that in the coming years he would be able to proudly say that he coached Messi in his career.

“Sometimes it doesn’t let you enjoy every day,” he admitted. It’s something that you will value over time. In many years’ time, I’ll be able to look back and say that I coached Messi,” Valverde said.

Barcelona is currently placed at the top spot in the La Liga standings with 31 points from 14 matches and they will next face RCD Mallorca later.