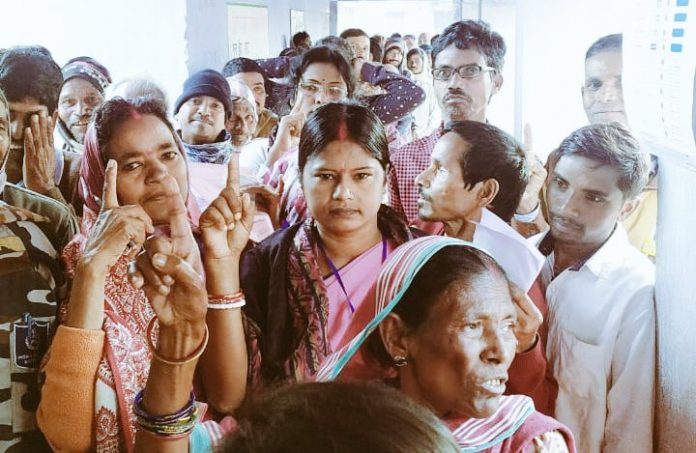 Jharkhand registered a voter turnout of 64.3 % in the second phase of assembly polls in which 20 constituencies went to the polls on Saturday.

Of the 20 constituencies spread over seven districts, 18 seats were Maoist-affected. While the Election Commission release had put the figure of polling at 62.4 %, the commission’s website showed an updated figure of 64.3 %.

The state had registered 68.01 % polls in these seats in 2014 assembly elections. A total of 260 candidates, including 29 female candidates, were in the fray in the second phase of polling.

This phase will decide the electoral fate of Chief Minister Raghubar Das, who contested the polls from Jamshedpur (East).

The assembly election is being held in Jharkhand in five phases. The first phase had concluded on November 30 and voting for the third phase will be conducted on December 12. The results will be declared on December 23.