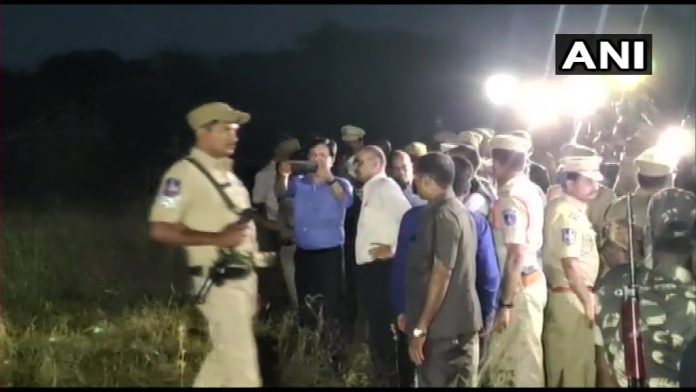 A day after the four accused in the rape-murder of a 27-year-old woman veterinarian were shot dead by Telangana Police, a team of the National Human Rights Commission (NHRC) on Saturday visited Mahbubnagar district and inspected the spot where the alleged rapists were killed by the police in an encounter.

The four-member team first visited the government hospital in the district where the all accused’s bodies are kept and then inspected the spot.

“The hospital authorities fully cooperated with them,” he said, adding that a team of three doctors conducted a postmortem on the four bodies on Friday.

“An expert team of Dr T Krupal Singh, Dr G Lavanya and Dr G Mahender conducted a postmortem. Team leader Krupal Singh said that they will submit the PM report to the high court in three days,” he said.

According to police, the four rape-accused were killed in police firing at the crime spot where they were taken to reconstruct the crime scene early on Friday. Two policemen also sustained injuries and were admitted to a local hospital.

The burnt body of the veterinary doctor was found in Ranga Reddy district on November 28. Later, it was found that the doctor was raped and killed before being burnt by the accused.