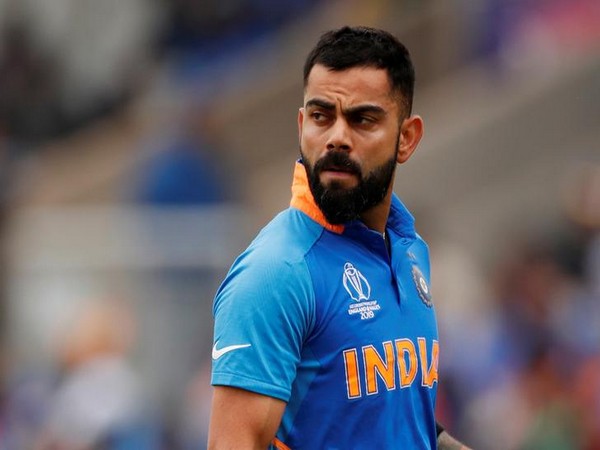 Kohli scored 94 runs while Rahul amassed 62 runs. India now leads the three-match series by 1-0 as they won the game with eight balls to spare.

Chasing a target of 208 runs, India had a decent start at the openers, Rohit Sharma and Rahul, stitched a decent partnership of 30-run for the first wicket.

Sharma (8) was sent back to the pavilion by Khary Pierre in the fourth over. Skipper Virat Kohli joined Rahul in the middle and added 100-run for the second wicket.

Meanwhile, Rahul completed his 1,000 runs in the T20I and became the seventh Indian batsman to do so.

He also became the joint third-fastest to complete the feat in 29 innings. He played a knock of 62 runs off 40 balls and became the victim of Pierre in the 14th over.

Rishabh Pant and Kohli kept the scoreboard moving. In between Kohli completed his fifty off 36 balls. The duo built a quick partnership of 48 runs for the third wicket.

Kohli held the one end strong despite falling wickets. Shreyas Iyer (4) failed to leave his mark on the crease and was caught and bowled by Kieron Pollard in the 18th over. At that time, India have still required 14 runs off 12 balls.

Kohli remained unbeaten on 94 runs off 50 balls. He missed out his maiden T20I century.

For West Indies, Khary Pierre claims two wickets while Pollard and Cottrell scalp one wicket each.

Earlier, Windies got off to a bad start as they lost their opener Lendl Simmons (2) cheaply in the second over. Pacer Deepak Chahar provided the early breakthrough for the hosts.

Evin Lewis and Brandon King stitched a 51-run partnership for the second wicket. The former’s resistance was cut short by spinner Washington Sundar in the sixth over.

Lewis played a quick knock of 40 runs off 17 balls. The Caribbean side was at 66/2 after the end of six overs.

Shimron Hetmyer joined King in the middle and added some quick runs. The duo built a stand of 37-run and guided the side to went past the 100-run mark.

Skipper Kieron Pollard joined Hetmyer in the middle and hit all around the park. The duo stitched a 71-run giant partnership for the fourth wicket.

Hetmyer was picked by Yuzvendra Chahal after playing a knock of 56 runs off 41 balls studded with four sixes. He scored his maiden T20I half-century.

In the end, Jason Holder’s 24 runs off nine balls and Denesh Ramdin’s 11 off seven deliveries helped the team to get past the 200-run mark. The visitors scored 207/5 in the 20 overs.

For India, Chahal bagged two wickets while Washington Sundar and Deepak Chahar clinched one wicket each.