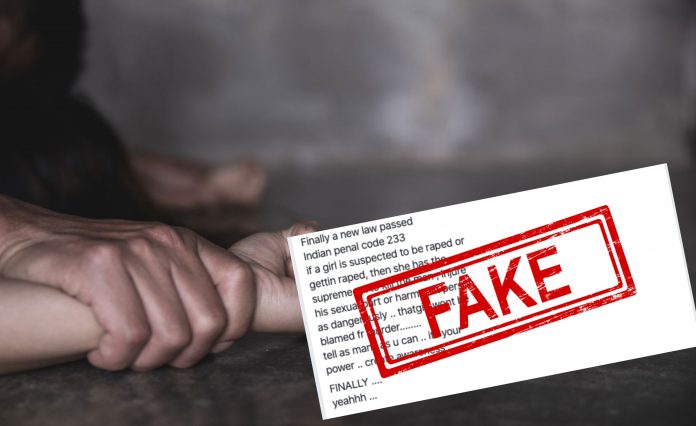 A picture with text is making rounds on social media according to which a law has been passed by PM Modi led government which gives the right to a rape victim to kill the convict.

The text on the picture read: “Finally a new law has passed by Modi government today… as per IPC 233 If a girl is suspected to be raped or getting raped. then she has a supreme right to kill that person or harm that person as dangerously as she can and the girl won’t be blamed for the murder. Tell as many as you can it’s your power to create awareness.” 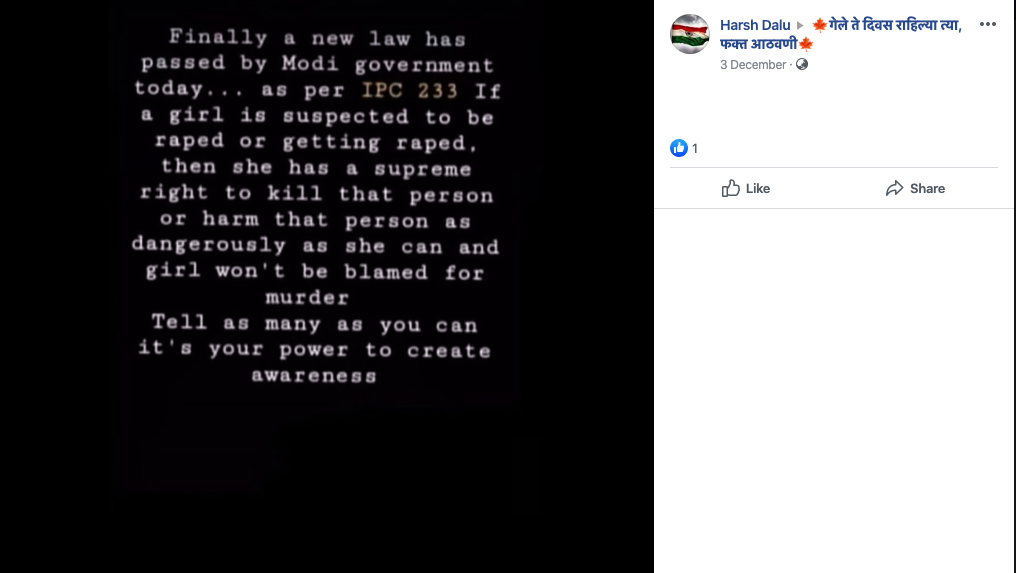 ALSO READ: Don’t believe this claim of man being punished by God for…

NewsMobile fact-checked the above claim and found it to FAKE.

Press Information Bureau (PIB) in a Tweet rubbished the above claim.

Reality: Section 233 deals with counterfeiting of currency. Sections 96 to 100 deal with right of private defence of body and property.

Moreover, Section 233 deals with counterfeiting of currency.  Sections 96 to 100 deal with the right of private defence of body and property.

Hence, the above information proves that the above claims are FAKE.