Hours after the four accused in Hyderabad vet rape-murder case killed in an encounter, Cyberabad Police Commissioner VC Sajjanar said on Friday that the accused were killed in ‘retaliatory’ action by the cops after they started attacking the police with stones, sticks, and other materials.

Sajjanar elaborated that the accused also snatched the weapons of two police personnel and opened fire on them. “I can only say that law has done its duty,” he added. 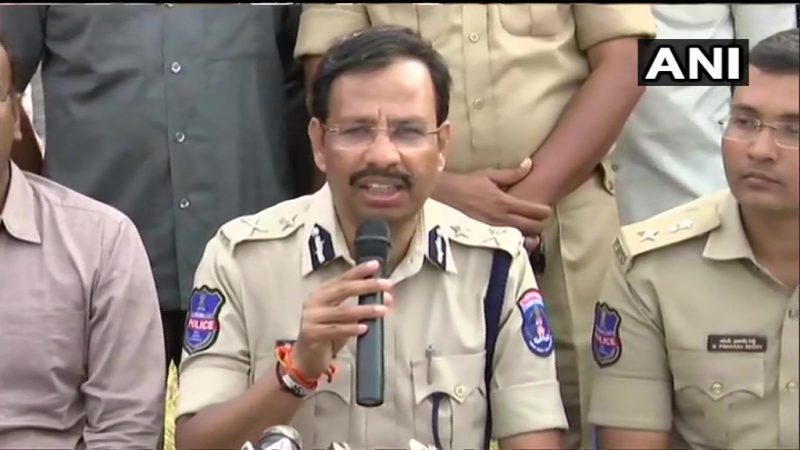 Detailing the sequence of events in a press conference, he said: “Today, the police took the accused to the crime spot as a part of the investigation. All the four accused got together and they started attacking the police party with stones, sticks, and other materials and also snatched away weapons from two of our officers and started firing.”

According to the Commissioner of Police (CP), the police officials maintained restraint and asked them to surrender but the accused continued firing on the police, after which the police fired in retaliation killing the accused.

“Even though our officers maintained restraint and asked them to surrender, they continued to fire and attack us. In the retaliatory firing, all the four accused got killed. When we examined after the lull, all bodies have bullet injuries,” said the top cop of Cyberabad.

“Two of our officers have also got head and other grievous injuries while two accused were found with weapons snatched away from the police officials,” he added. “The ASI and the Police Constable who were injured have been sent to the local hospital for treatment,” added Sajjanar.

The bodies of the accused have been shifted to a local government hospital for their post-mortem examination, he added.

“There were around 10 police with the accused persons during the time of encounter. We have recovered the victim’s cell phone from the spot,” he informed the media.

The accused Mohammed Arif, Naveen, Shiva, and Chennakeshavulu were killed in the police encounter at Chatanpally, Shadnagar, in the wee hours of Friday.

The veterinarian was brutally raped and killed by the accused, who burnt her body in Shamshabad area on November 27. Her charred body was recovered on November 28 morning.